Geneva, 20 May 2019 (PAHO/WHO)—With a full work agenda, discussions at the side events on key public health issues, and the recognition of several health leaders, the 72nd World Health Assembly opened today in Geneva, Switzerland and will run through 28 May.

In his plenary opening speech, the Director-General of the World Health Organization (WHO), Tedros Adhanom Ghebreyesus, highlighted the main achievements of WHO’s Programme of Work the past year, the changes that the Organization is promoting to  comply with this program, and the priorities that should guide the countries’ discussions next year: health and political leadership, health partnerships, and people-centered health care. 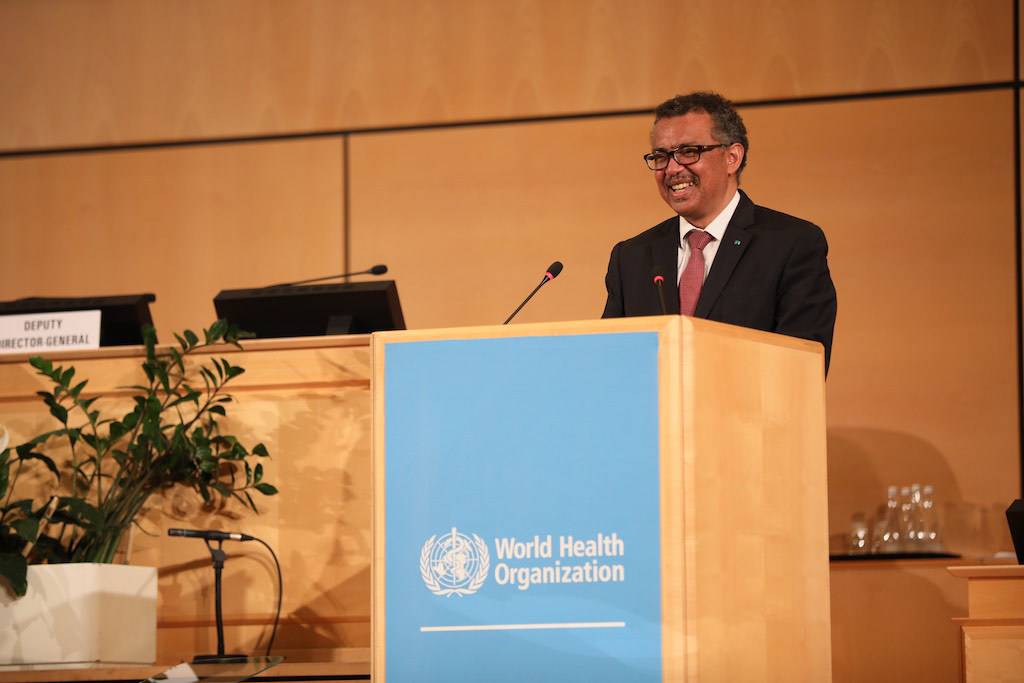 The Director-General emphasized that the world has made progress toward universal health coverage this past year. Among other countries, he gave the example of El Salvador “that a few weeks ago passed a law to integrate health services, introduce innovative health financing, increase access to primary health care, and improve the regulation of the medicines agency.” He said that primary health care in general is where the battle for human health  “is won or lost,” and that strong health care services with the necessary health workforce must be ensured.

Dr. Tedros also referred to the progress made against many diseases, including malaria. He recalled that last year, Uzbekistan and Paraguay were certified as being malaria-free, and this year Argentina y Algeria will join them, which he congratulated them for.

The Director-General also spoke about the emergencies that WHO is responding to in the world, such as ebola in the Democratic Republic of the Congo, where there have been many attacks on health workers. Minutes before giving his speech, Dr. Tedros paid tribute to a WHO epidemiologist who died in one of these attacks a few weeks ago, along with his family. “Unless we unite to end this outbreak, we run the very real risk that it will become more widespread,” he said.

At the Assembly’s opening session, Richard Horton, Editor-in-Chief of The Lancet spoke, along with Natasha Chibesa Wang Mwansa, a student from Zambia who offered the perspective of youth.

Mexico will represent the Region of the Americas in the Vice Presidency of the 72nd World Health Assembly. This year, the presidency of the Assembly is held by the Western Pacific region of WHO. The Minister of Health of Laos, Bounkong Syhavong, was elected president. Bhutan, Senegal, the United Arab Emirates, and Uzbekistan were named to the remaining four vice-presidencies. 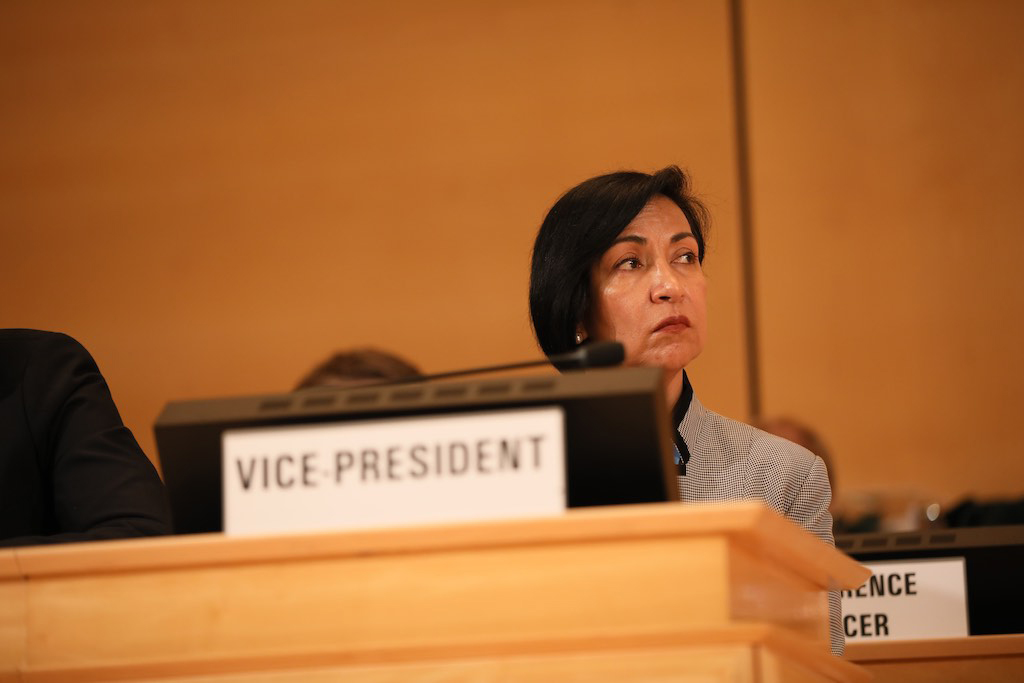 Paraguay will serve as rapporteur for Committee A, and Guyana will act as vice-chair of Committee B. Since Mexico holds the vice-presidency of the World Assembly, the Bahamas, Cuba, Honduras, and the United States will represent the Americas on the Assembly’s General Committee. The Dominican Republic and Suriname will represent the Region on the Credentials Committee.

Jamaica doctor and professor, Peter Figueroa, was recognized today at the World Health Assembly as a health leader for his substantial contribution to public health in Jamaica, the Caribbean, the Americas, and the world over the past four decades. 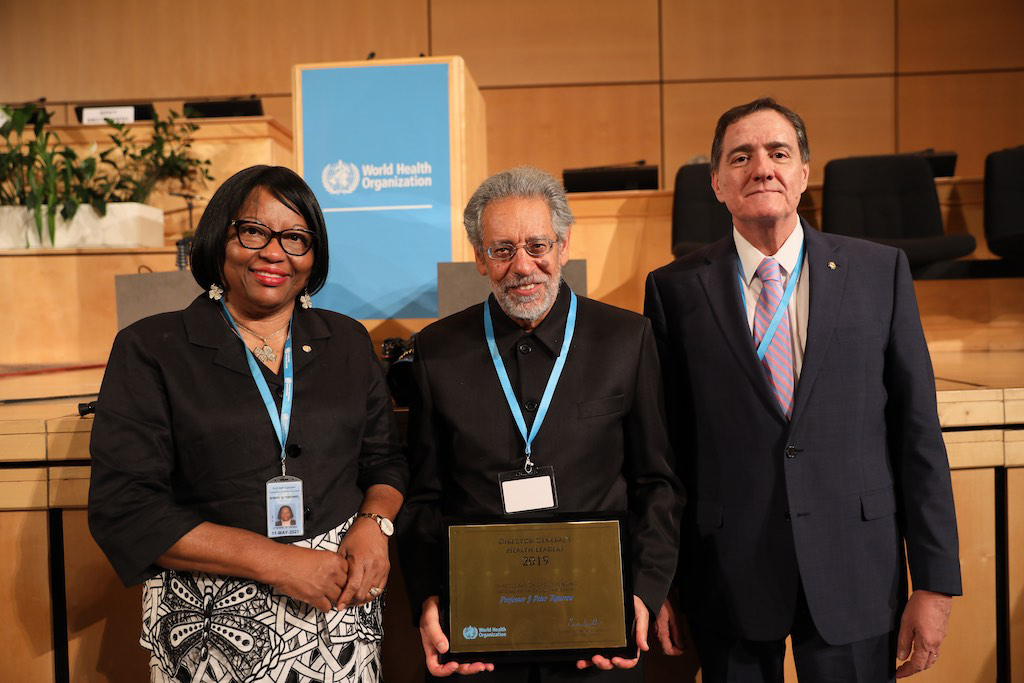 Dr. Figueroa, a Professor of Public Health, Epidemiology and HIV-AIDs at the University of the West Indies in Jamaica, received a plaque from Dr. Tedros.

“This recognition means a lot to me. It is a true honor. I’ve been working in public health for forty years and believe that I am an example, like many other health workers, of someone who commits their life to trying to help others," he said.

When presenting the main topics for discussion at the World Health Assembly to delegations from the countries of the Americas, Carissa F. Etienne, Director of the Pan American Health Organization (PAHO), urged them to ensure that their interventions reflect the Region’s position on universal health, which includes universal health coverage and access. 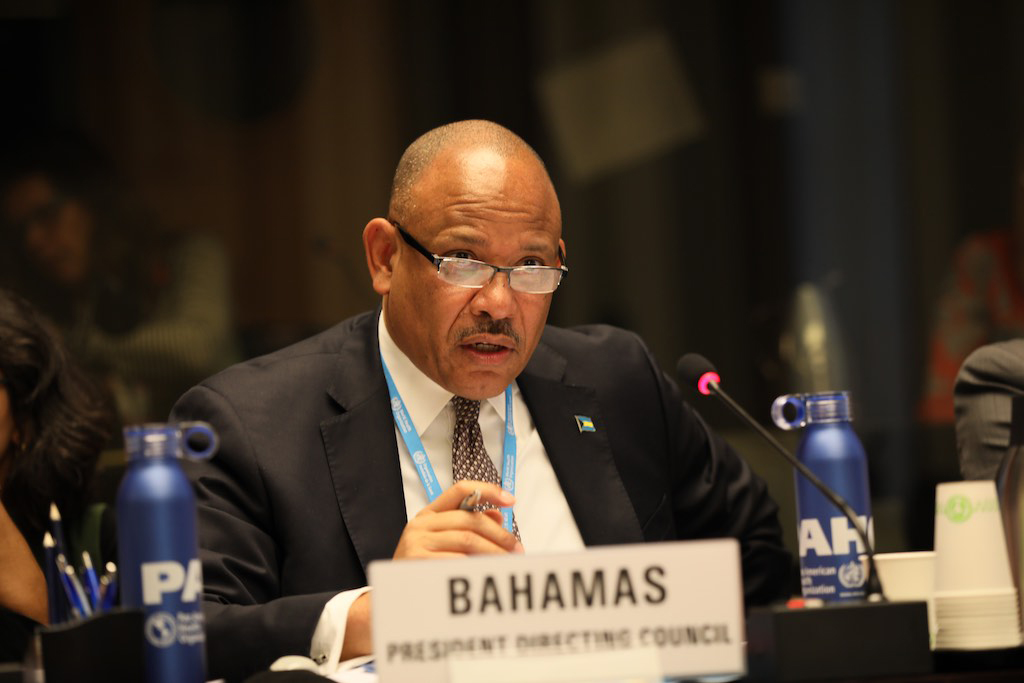 Global Action Plan for Healthy Lives and Well-being for All is coordinated by the World Health Organization (WHO) and includes eleven international health and development agencies. It seeks new ways for the countries to work together to accelerate progress towards achieving the Sustainable Development Goals (SDGs) by 2030.

The final plan will be delivered in September 2019 at the United Nations General Assembly in New York. Primary health care is one the cross-cutting areas included in the plan, with the potential to substantially increase the pace of progress toward countries achieving universal health coverage and other health-related SDG targets. 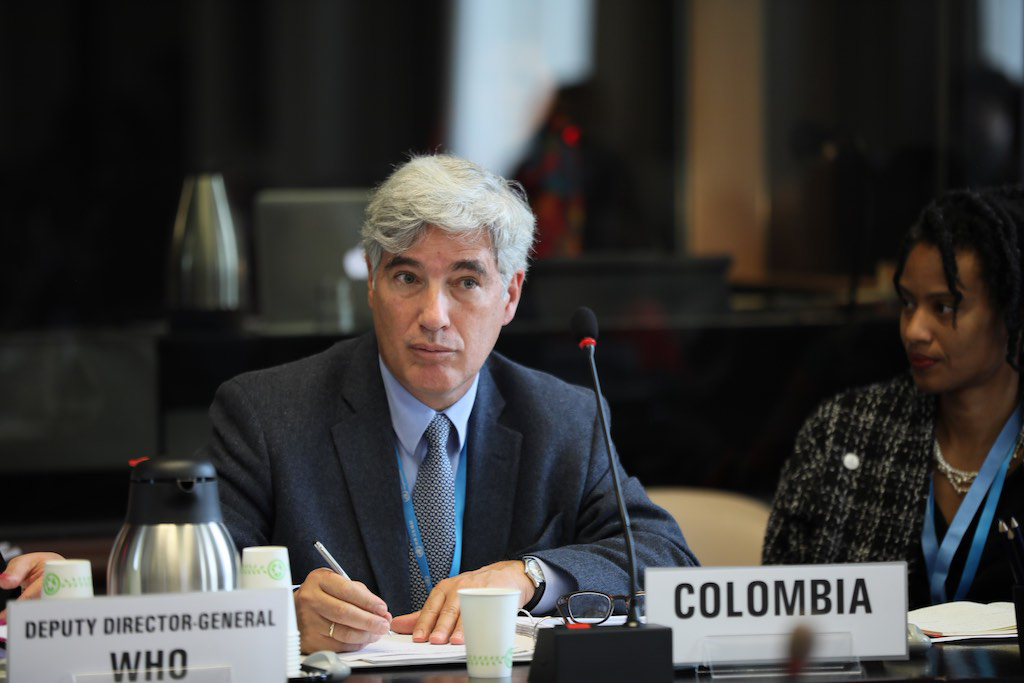 Colombia’s Minister of Health, Juan Pablo Uribe, was one of the panel members. He believes that the main challenge to moving toward achievement of the 2030 Agenda for Sustainable Development “is working with the local authorities in an integrated manner, so that people in the most remote areas receive good health care.”

The Challenge of Communicating Effectively on Noncommunicable Diseases

Noncommunicable diseases or NCDs such as cardiovascular and respiratory disease, cancer, and diabetes, are the primary cause of death in the world. However, communicating effectively about them is a significant challenge, said the Director of PAHO on Sunday 19 May when participating at the side event “Communicating Impact: Lessons for Raising the Profile of NCDs” organized by Bloomberg Philanthropies and WHO. NGO journalists and communicators discussed how the public health community can address the problems involved in talking about a group of chronic conditions that cause seven out of every ten deaths in the world.

“NCDs are the plague of our time,” Ms. Etienne said. “We must keep the messages simple and effective, and invest more in communication,” she said, adding that “if we want to successfully reverse the catastrophe that NCDs are causing, we need a massive social movement, nothing less.”

The Americas Participate in “Walk the Talk: the Health for All Challenge”

The day before the Assembly began, delegations from the Americas braved gray and sometimes rainy skies to participate in walks, races and other physical activities, under the slogan " Walk the Talk: the Health for All Challenge." These activities, organized for the second consecutive year by the World Health Organization (WHO), brought together sports celebrities and key people in community and health promotion initiatives around the world. 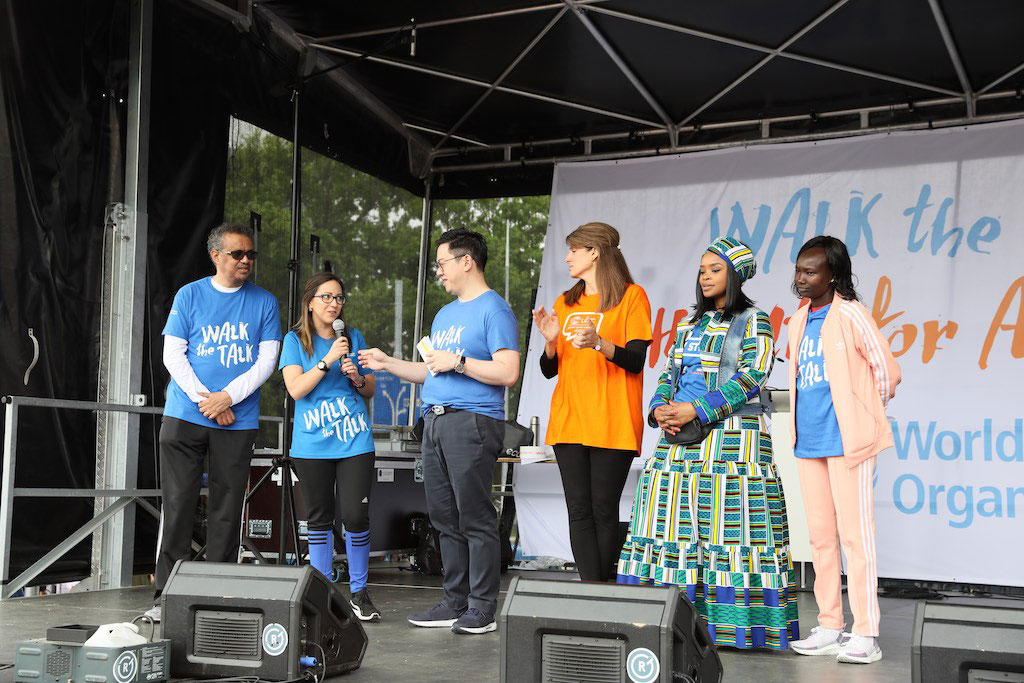 Ecuador’s Minister of Health Verónica Espinosa emphasized the role that women and female health workers play in achieving health for all. “In the majority of our countries, women constitute the largest workforce. We must recognize this and give them a strong voice. They have a lot to say about how to achieve health for all,” she stressed.