Geneva, 21 May 2019 (PAHO/WHO) – On the second day of sessions, the 72nd World Health Assembly focused its plenary discussions on how to achieve universal health coverage, leaving no one behind, while the committees addressed topics related to emergency preparedness and response.

Yesterday, ministers and delegates from the Americas started to present their views on the topic of general discussion at the plenary and described the measures they have implemented to achieve that objective, while reaffirming their commitment to universal health. So far, 19 countries of the Americas have shared their views and experiences at the plenary meeting. 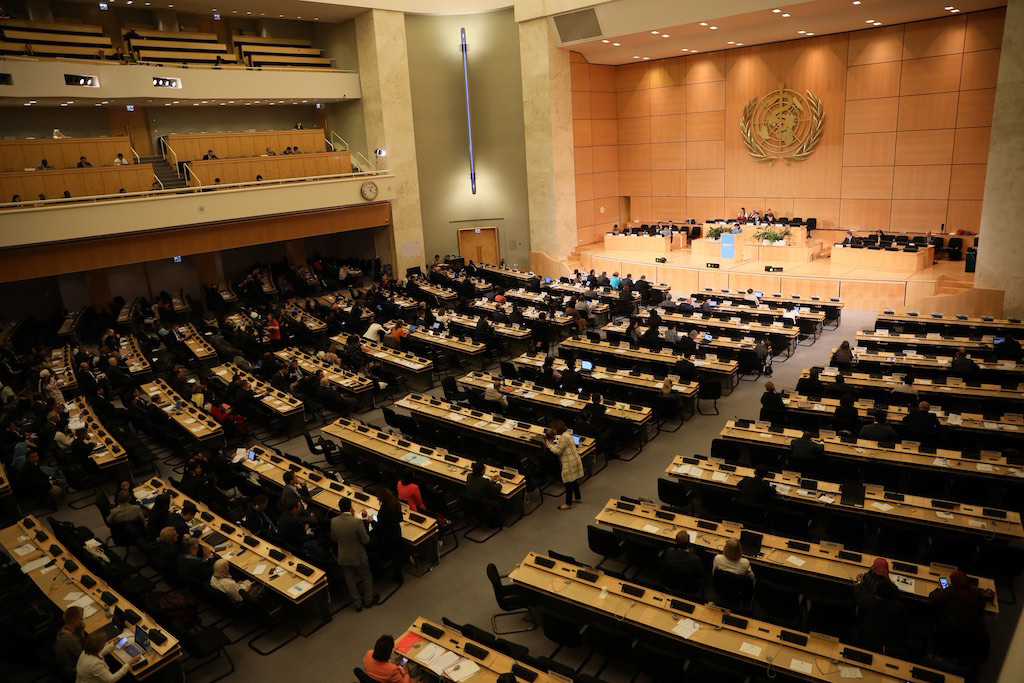 The countries of the Region all agreed on the importance of basing universal health on  primary health care and developing integrated, quality health care systems for all. Several ministers referred to the Resolution adopted in 2014 by the Member States of the Americas on universal health access and coverage. They also highlighted the areas where a consensus had already been reached in the Region with regard to the ten recommendations made by the High-level Commission on Universal Health in the 21stCentury: 40 years ofAlma Ata in its report presented last April. They also called for including these agreements in the resolution that will be presented to the United Nations at the meeting to be held in September 2019 on this topic.

In their speeches, the ministers of the Americas also spoke about the reforms that their countries had implemented to achieve universal health. Many chose different topics as examples of their health systems in action, or to illustrate the need to integrate them into universal health coverage.

Along these lines, certain ministers, including the Minister of Brazil and the U.S. Secretary of Health, spoke about the need to increase coverage rates. Others, such as the ministers of Colombia and Guatemala, talked about the impact of immigration on their health systems. The ministers of Chile and other countries pointed out the need to make healthy aging part of universal health care, as well as noncommunicable diseases and their risk factors, as in the case of Paraguay. Climate change and its impact on health and the health system, which was brought up by  Guyana, and emergency situations were other points mentioned by ministers from the Region.

Watch the ministers’ speeches in this link

Meanwhile, Committee A, which discusses the Assembly’s technical matters, started to address the topic of public health emergency preparedness and response, which includes the implementation of the International Health Regulations and WHO’s work in the area of emergencies and other topics. CommitteeB, which usually addresses financial and management issues, also started its meetings, with the WHO budget as the first item on the agenda.

“Universal health coverage is a human rights issue and at the same time constitutes a means for development,” said the Director-General of WHO, Tedros Adhanom Ghebreyesus, at a side event organized to discuss the progress made in achieving health for all by 2030. “No one should fall into poverty due to poor health. Let’s build a healthier future together,” he said.

Colombia’s Minister of Health, Juan Pablo Uribe, said that the country went from 25% coverage 25 years ago to nearly 95% effective coverage today.” He said that the challenge ahead is how to get from 95% to 100% coverage. “That challenge involves understanding the country’s diversity, and applying flexible models that differ from the insurance that operates in large and medium-sized cities, which is where we are now.”

At the close of the event, PAHO Director Carissa F. Etienne asserted that “coverage without access to health is not enough” and that there is no single formula that can be applied to all countries to achieve universal health. She emphasized that political commitment should result in concrete actions.

Dr. Etienne also asked the health authorities of the countries to not be content with a basic package of services. “We must reduce inequities and barriers to access, and need a new primary care-based health model that should be comprehensive, not just curative,” she said, adding that the Region of the Americas is already moving in that direction.

To foster healthy aging, the World Health Organization (WHO) will lead a decade of global action consistent with the Sustainable Development Goals (SDGs). To review the Organization’s progress over the past decadeand share experiences, Argentina, Canada, Chile, Costa Rica, Panamaorganized a side event on this topic at the 72nd World Health Assembly. 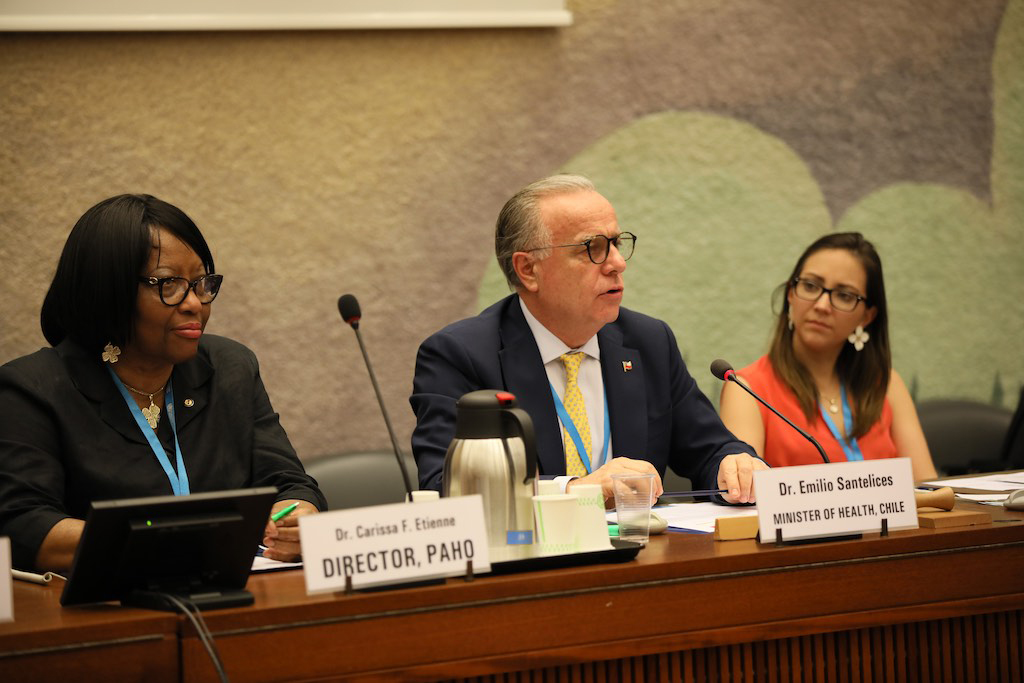 “Populationaging is an unprecedented phenomenon that forces all of our countries to unite,” said Chile’s Minister of Health, Emilio Santileces. “The Decade of Healthy Aging 2020-2030 will be a global effort that can make a difference in people’s livesand their environments,” he said. Chile is“working to create healthy environments for older people, to provide health with multisectoral strategies, trained human resources and fewer barriers to access.” He said that “health should be brought to the elderly, with strong connections between this age group and their caregivers.”

Ecuador’s Minister of Health, Verónica Espinosa estimated that the percentage of older adults in her country (currently 7.3% of the population) will triple between 2015 and 2050. She emphasized that “a comprehensive vision of protecting older adults has to go beyond health care.”

At the close of the event, Carissa F. Etienne, Director of the Pan American Health Organization (PAHO), said that “ensuring a longer life has become one of the most important  achievements of society.” However, increasing life expectancy has not been accompanied by better health. “Our objective is to ensure not just longer but healthy lives; we have to add life to those years,” she said.