While Europe is experiencing heatwaves, North America, Central America and the Caribbean are also at risk. The situation could worsen between July and August, with adverse impact on human health.

Washington, D.C., 12 July 2019 (PAHO) - In view of the current heatwaves in Europe and predictions that this phenomenon will hit various parts of the Americas, the Pan American Health Organization/ World Health Organization (PAHO/WHO) is urging countries in the Region to be prepared, due to the impact that this could have on peoples’ health, including the risk of death.

During the southern hemisphere’s summer of 2018-2019, seven countries in the Americas (Argentina, Brazil, Chile, Mexico, Paraguay, Peru and Uruguay) were affected by heatwaves, a phenomenon never seen before in the Region. The heatwaves that have had the greatest impact since 2000 were the one in Brazil in 2010 that caused the death of 737 people, and the one in Argentina in the summer of 2013-2014 that caused 1,877 deaths and left 800,000 people with no power, which increased heat stress in that population. According to health authorities in the United States, heatwaves are the natural phenomenon that cause the highest number of deaths in that country.

Weather forecasts for North America, Central America and the Caribbean predict heat waves during the summer of 2019. This could increase drought-induced stress, lead to forest fires, and have harmful effects on human health.

Due to the situation, PAHO has developed a guide to help countries in the Region formulate contingency plans to address heatwaves. This guide provides recommendations that the health sector and meteorological agencies can implement to prepare for and better respond to this threat, promote health, prevent the adverse effects of heatwaves, treat affected people, and save lives.

The document stresses that heatwave contingency plans should be able to determine the extent of the threat, with alert activation procedures, a description of roles and functions, and intra- and inter-agency coordination mechanisms.

The document also highlights that countries should strengthen the epidemiological surveillance of heat-related morbidity and mortality, the capacity of health services (training of staff, improvements in the design of new hospitals, and equipping of existing hospitals in high-risk areas), and enhance the actions of local authorities, the media, and communities in terms of inter-agency response measures, prevention measures, and self-care. 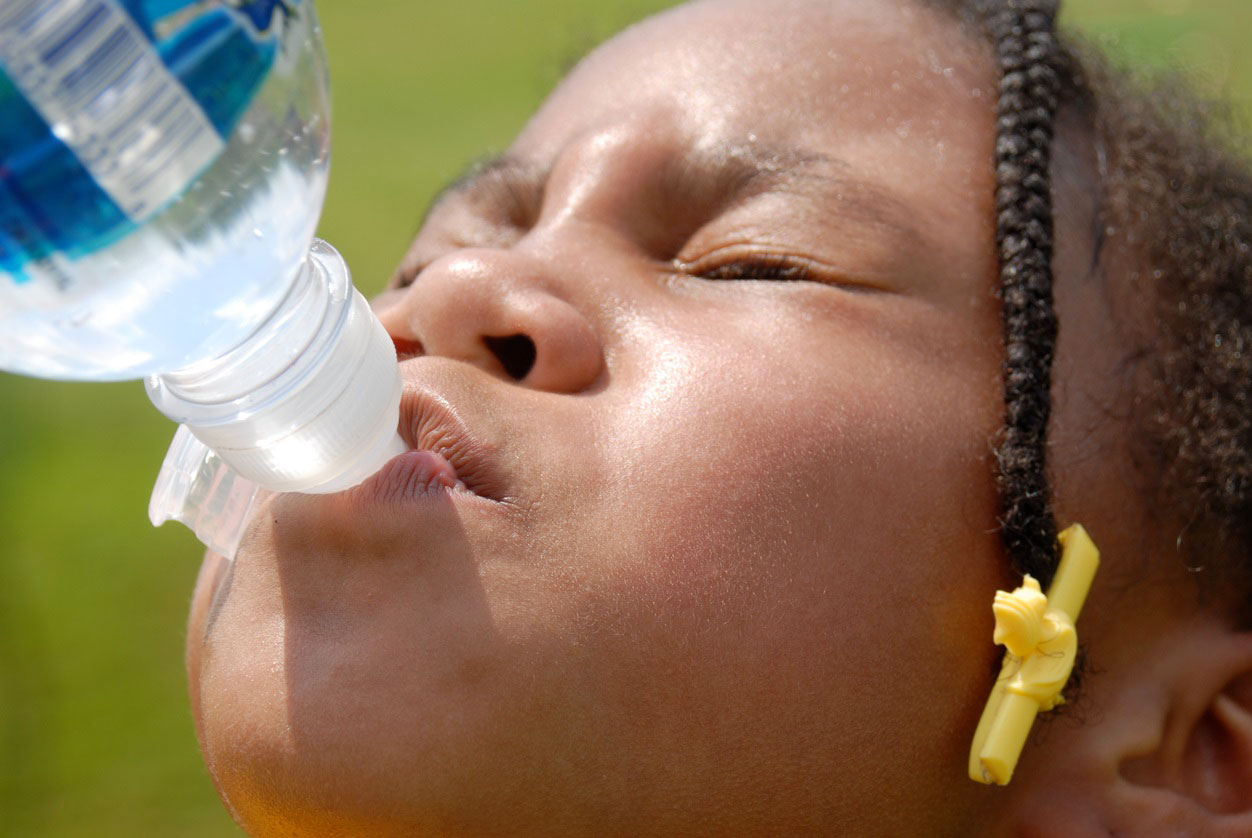 The impact of heatwaves on health

Exposure to heat causes severe symptoms such as heat exhaustion and heat stroke (a condition which causes faintness, as well as dry, warm skin, due to the inability of the body to control high temperatures). The majority of heat-related deaths are due to the worsening of cardiopulmonary, renal, endocrine and psychiatric conditions. Other symptoms include edema in the lower limbs, heat rash on the neck, cramps, headache, irritability, lethargy and weakness.

People with chronic diseases that take daily medications have a greater risk of complications and death during a heatwave, as do older people and children.

Reactions to heat depends on each person’s ability to adapt and serious effects can appear suddenly. This is why it is important to pay attention to the alerts and recommendations of local authorities.

Preventing the harmful effects of heat

What to do if there are signs and symptoms of heat exhaustion or heat stroke:

The Pan American Health Organization (PAHO) works with the countries of the Americas to improve the health and quality of life of its population. Founded in 1902, it is the world’s oldest international public health agency. It serves as the Regional Office of WHO for the Americas and is the specialized health agency of the Inter-American system

— Heatwave and Measures to Take - Preliminary Review (in Spanish)
— PAHO: Strengthening the capacities of the health sector and meteorology services to address heatwaves
— Webinar: Measures to take to prevent the effects of heatwaves for countries of South America, Central America, and Mexico