WHO launches new report on the global tobacco epidemic

Progress being made in fight against tobacco, but increased action needed to help people quit deadly products.

Geneva/Rio de Janeiro, 26 July 2019—Many governments are making progress in the fight against tobacco, with 5 billion people today living in countries that have introduced smoking bans, graphic warnings on packaging and other effective tobacco control measures - four times more people than a decade ago. But a new WHO report shows many countries are still not adequately implementing policies, including helping people quit tobacco, that can save lives from tobacco. 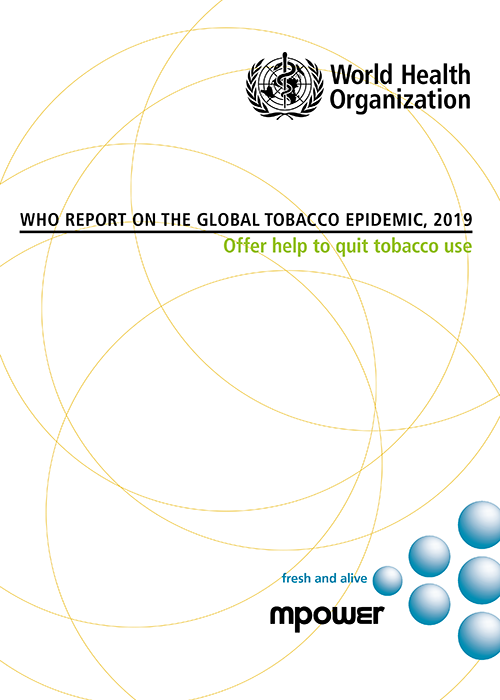 The seventh WHO Report on the global tobacco epidemic analyses national efforts to implement the most effective measures from the WHO Framework Convention on Tobacco Control (WHO FCTC) that are proven to reduce demand for tobacco.

These measures, like the “MPOWER” interventions, have been shown to save lives and reduce costs from averted healthcare expenditure. The MPOWER report was launched in 2007 to promote government action on six tobacco control strategies in-line with the WHO FCTC to:

Tobacco cessation services must be stepped up

The focus of the latest report is on the progress countries have made to help tobacco users quit. It is being launched today in Brazil, a country that has become the second, after Turkey, to fully implement all the MPOWER measures at the highest level of achievement.

“Quitting tobacco is one of the best things any person can do for their own health,” said Dr Tedros. “The MPOWER package gives governments the practical tools to help people kick the habit, adding years to their life and life to their years.”

“More countries are making tobacco control a priority and saving lives, but there’s still much more work to be done,” said Mr Bloomberg. “The WHO’s new report shines a spotlight on global efforts to help people quit using tobacco and it details some of our most important gains.”

The report, funded by Bloomberg Philanthropies, showed that while only 23 countries have implemented cessation support policies at the highest level, 116 more provide fully or partially cost-covered services in some or most health facilities, and another 32 offer services but do not cost-cover them, demonstrating a high level of public demand for support to quit.

Tobacco use has also declined proportionately in most countries, but population growth means the total number of people using tobacco has remained stubbornly high. Currently, there are an estimated 1.1 billion smokers, around 80% of whom live in low- and middle-income countries (LMICs). 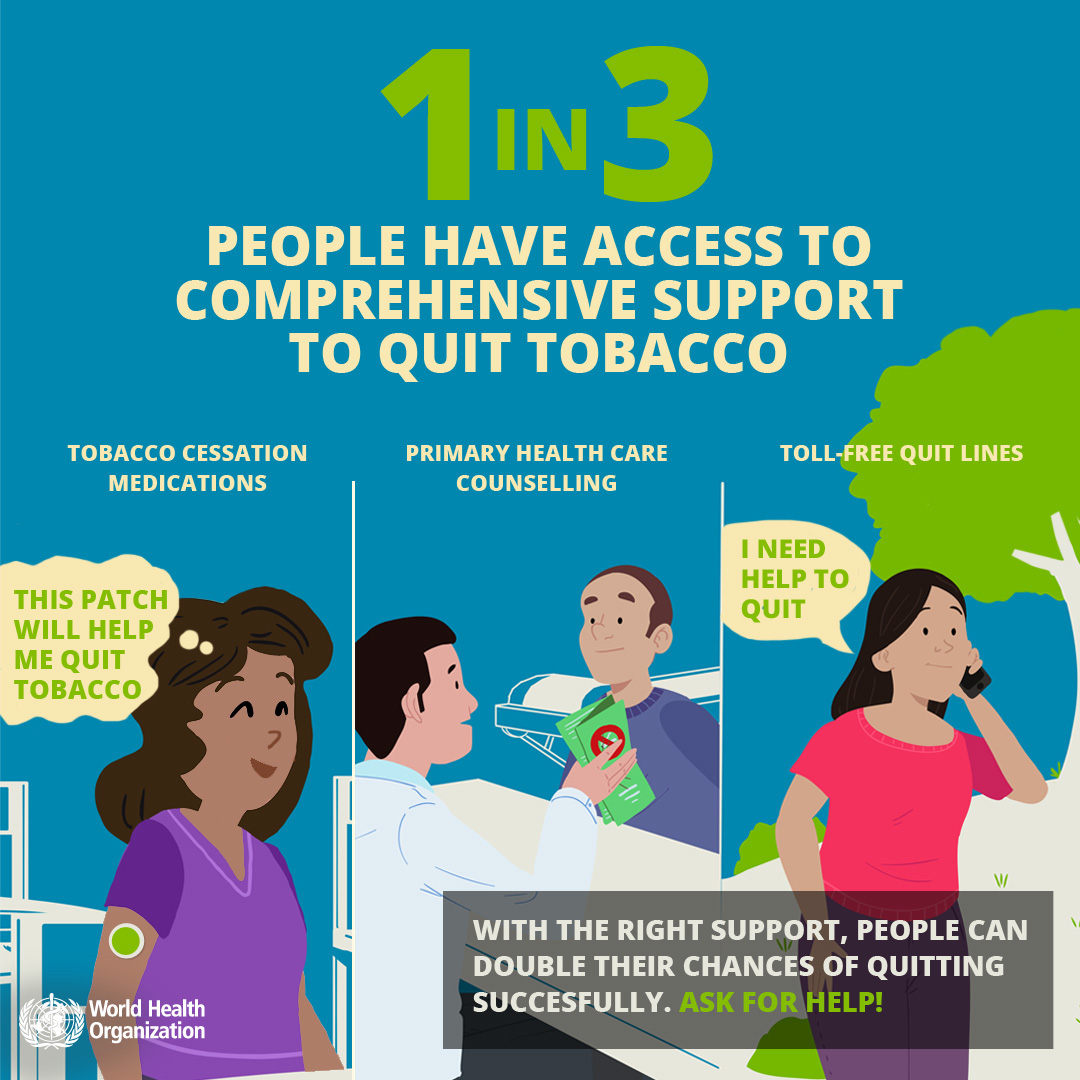 Since the last report, issued in 2017, the WHO report on the global tobacco epidemic, 2019, also finds that:

For each MPOWER measure, there have been new countries that have implemented some of the measures at the best practice level since the last report:

— The report: WHO report on the global tobacco epidemic 2019