World Rabies Day: Latin America and the Caribbean on the cusp of eliminating rabies deaths

Brasilia, Brazil, 25 September 2019 (PAHO/WHO)—Countries of Latin America and the Caribbean are closer than ever to achieving the elimination of human deaths by rabies. Over the last 12 months, just five cases were reported in the Region, announced the Pan American Health Organization (PAHO) on the eve of World Rabies Day – 28 September.

According to PAHO, which has established the goal of eliminating human deaths from rabies by 2022, today, Haiti and the Dominican Republic are the only countries on the continent where people have died from rabies. 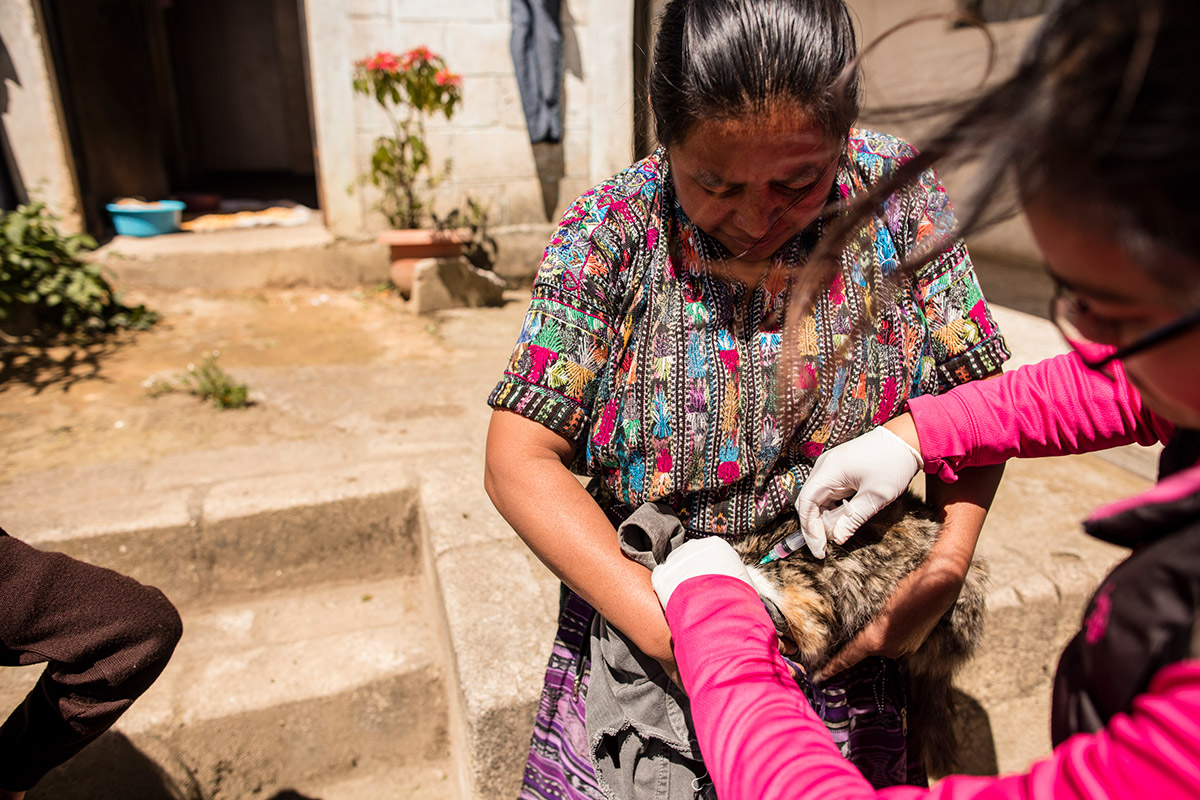 Since 1982, when PAHO began to coordinate anti-rabies initiatives in the Region, countries have reduced new cases of rabies in humans by more than 95% and rabies in dogs by 98%. As a result, cases in people fell from 258 to 13 by 2018, and cases in dogs fell from 11,276 to 163 during the same period. This progress was due to the implementation of regional canine vaccination campaigns, greater public awareness of the issue, and the expansion and availability of rabies treatment administered following a bite.

“There have been undeniable achievements in recent decades, particularly regarding the drastic reduction in human deaths caused by the disease,” said PAHO Director, Carissa F. Etienne.

Rabies is a disease with important implications on public health, due to its mortality rate: there is no cure. Globally, 60,000 people die from the disease each year, mostly in Asia and Africa. However, the disease can be eliminated, particularly in urban areas where it is transmitted by dogs and cats, through the implementation of preventative measures such as animal vaccine, the availability of anti-rabies treatment for humans and the post-exposure vaccine, and by stopping outbreaks, among other things.

The only way to interrupt rabies transmission is to vaccinate at least 80% of the canine population in endemic areas. In the Region of the Americas, approximately 100 million dogs are vaccinated each year. “If we want to reach the regional rabies elimination goal by 2022, we must strengthen country-level rabies programs in order to improve surveillance and canine vaccination coverage, particularly in high-risk areas,” said Ottorino Cosivi, Director of the PAHO/WHO Pan American Foot-and-Mouth Disease Center (Panaftosa).

In order to eliminate human rabies of canine origin, PAHO/WHO recommends ensuring timely access to pre and post exposure prophylaxis to 100% of the population exposed to the virus. Maintaining high epidemiological surveillance, raising awareness of rabies among the community, and promoting actions to prevent reintroduction in countries where it has been controlled, are also recommended.

World Rabies Day is celebrated annually on September 28. The day, which is organized by the Global Alliance for Rabies Control (GARC) aims to raise awareness about prevention of this disease, and highlight the progress made towards elimination. The 28th of September also marks the anniversary of the death of Louis Pasteur, the French chemist and microbiologist, who developed the first rabies vaccine.

The theme, Rabies: Vaccinate to Eliminate, highlights the importance of a global commitment to end canine transmission of the disease to humans.

Vaccines are the most important element in the fight against rabies. Vaccinating as many dogs as possible in a region creates collective immunity, which slows the progression of rabies infection among dogs, and reduces the possibility of people becoming victims of the disease.

Panaftosa
Mariana O. Tozzi
Tel +5521  3661-9088
E: This email address is being protected from spambots. You need JavaScript enabled to view it.

Daniel Epstein, Public Affairs
T: +1 202 974-3579
E:This email address is being protected from spambots. You need JavaScript enabled to view it.