Washington, D.C, 30 September 2019 (PAHO/WHO) – The goal of “universal health” should be within reach in the Americas – a region that has been a world leader in health progress. But stepped-up action and investments are needed to speed progress toward universal health, said the Director of the Pan American Health Organization (PAHO), Carissa F. Etienne, today during the opening ceremony of the 57th PAHO Directing Council.

“There can be no doubt that we, as a region, are making significant and tangible progress on the road towards achieving universal health coverage and universal access to health. However, we must also truthfully acknowledge that our collective actions need to be more transformational, as we are not progressing either at the speed nor scale required”
Carissa F. Etienne

The remarks were made before top health authorities from North, South and Central America and the Caribbean, who are meeting in Washington this week to seek agreement on strategies and plans for tackling common health challenges. These include a plan to reduce heart disease by eliminating industrially produced trans-fatty acids, a strategy to make access to organ, tissue and cell transplants more equitable, and a plan to improve the quality of care in health services delivery. 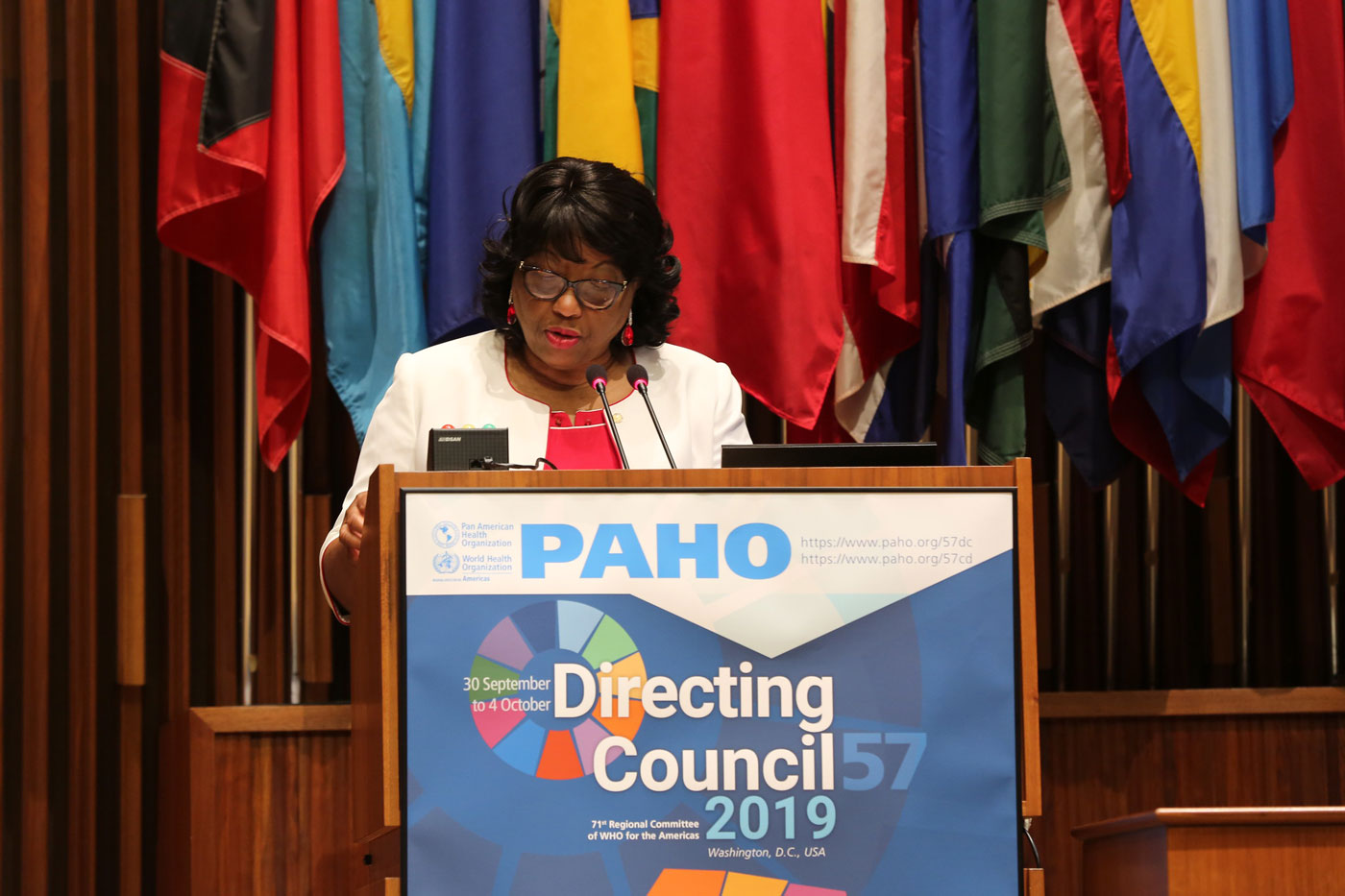 Addressing more than a hundred delegates and civil society representatives attending the meeting, PAHO Director Etienne cited recent health successes achieved by countries of the Americas, outlined in the 2019 Global Monitoring Report: “Primary Health Care on the Road to Universal Health Coverage,” which was launched at the United Nations General Assembly last week. These include the highest rating of any region on a global measure of health services coverage (79 out of 100 on the UHC Service Coverage Index) and a significant increase in average regional public expenditure in health, from 3.8 to 4.2% of GDP over the last five years.

Despite such progress, however, she pointed to an urgent need for joint action on larger health challenges which, “if not addressed will negatively impact our collective ability to deliver” universal health for the people of the Americas.

These challenges include global warming and climate change, the prevention of rapid and uncontrolled infectious disease spread, antimicrobial resistance, mass migration and the production of safe food and water, among others “for which the risks, challenges and potential impacts extend beyond national borders,” noted Etienne.

She called on the ministers and delegates to “work together cooperatively for mutual global good across many areas.”

U.S. Secretary of Health and Human Services Alex Azar emphasized the “proud history of cooperation in the Americas on health” and called for continued collaboration. “It is important to remember that the ultimate goal of our collaborative work is health for all people,” he said. 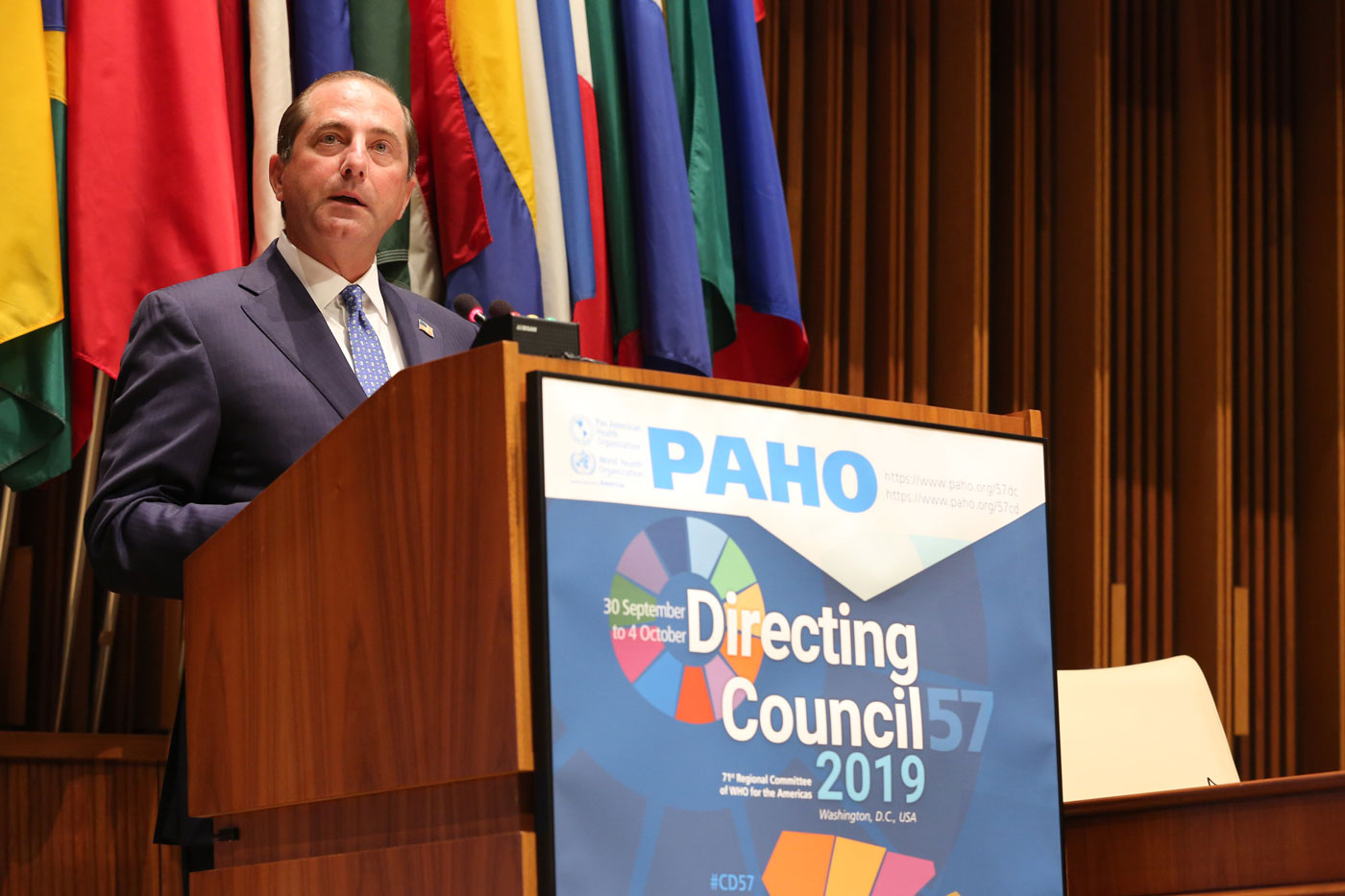 Azar also highlighted the work of countries such as Colombia that have received migrants from Venezuela and said that “we will be better able to respond to health emergencies if we are better prepared.”

The Director General of the World Health Organization (WHO), Tedros Adhanom Ghebreyesus, praised the Region of the Americas for being “the only region that saw improvements in both service coverage and financial protection,” but cited climate change as a particularly important challenge for the hemisphere. 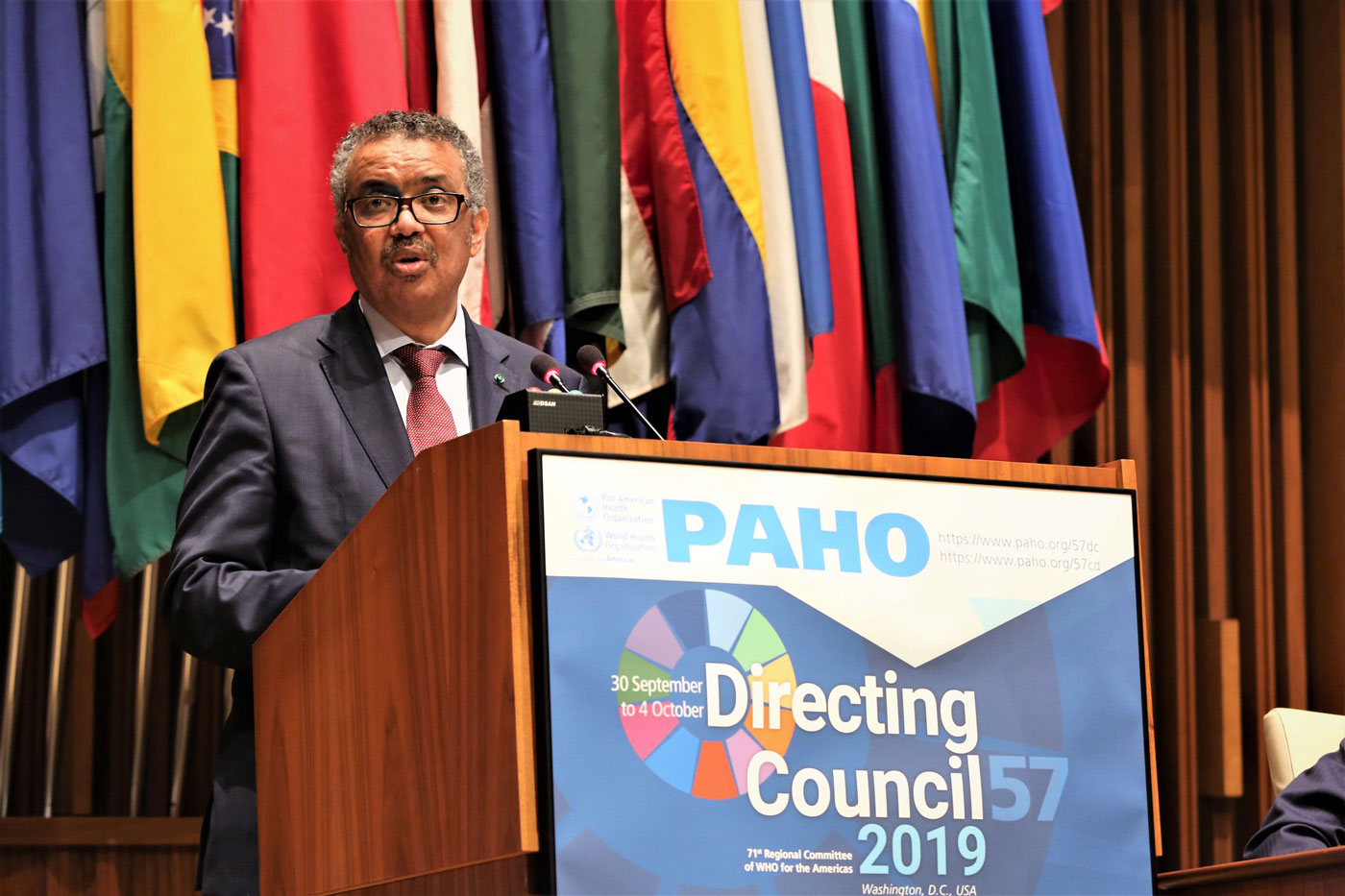 “What I saw in the Bahamas is a tragic reminder of the urgent need to both mitigate and adapt to our changing climate,” he said. Although small island states are the least responsible for climate change, they are among the most at risk. “Our vision is that by 2030, every island in the Caribbean will have a health system that is resilient to climate change. This is ambitious, but doable,” he added.

The Minister of Public Health of the Bahamas and outgoing president of the PAHO Directing Council, Duane Sands, thanked PAHO/WHO for its assistance with the restoration and rebuilding in the aftermath of Hurricane Dorian. 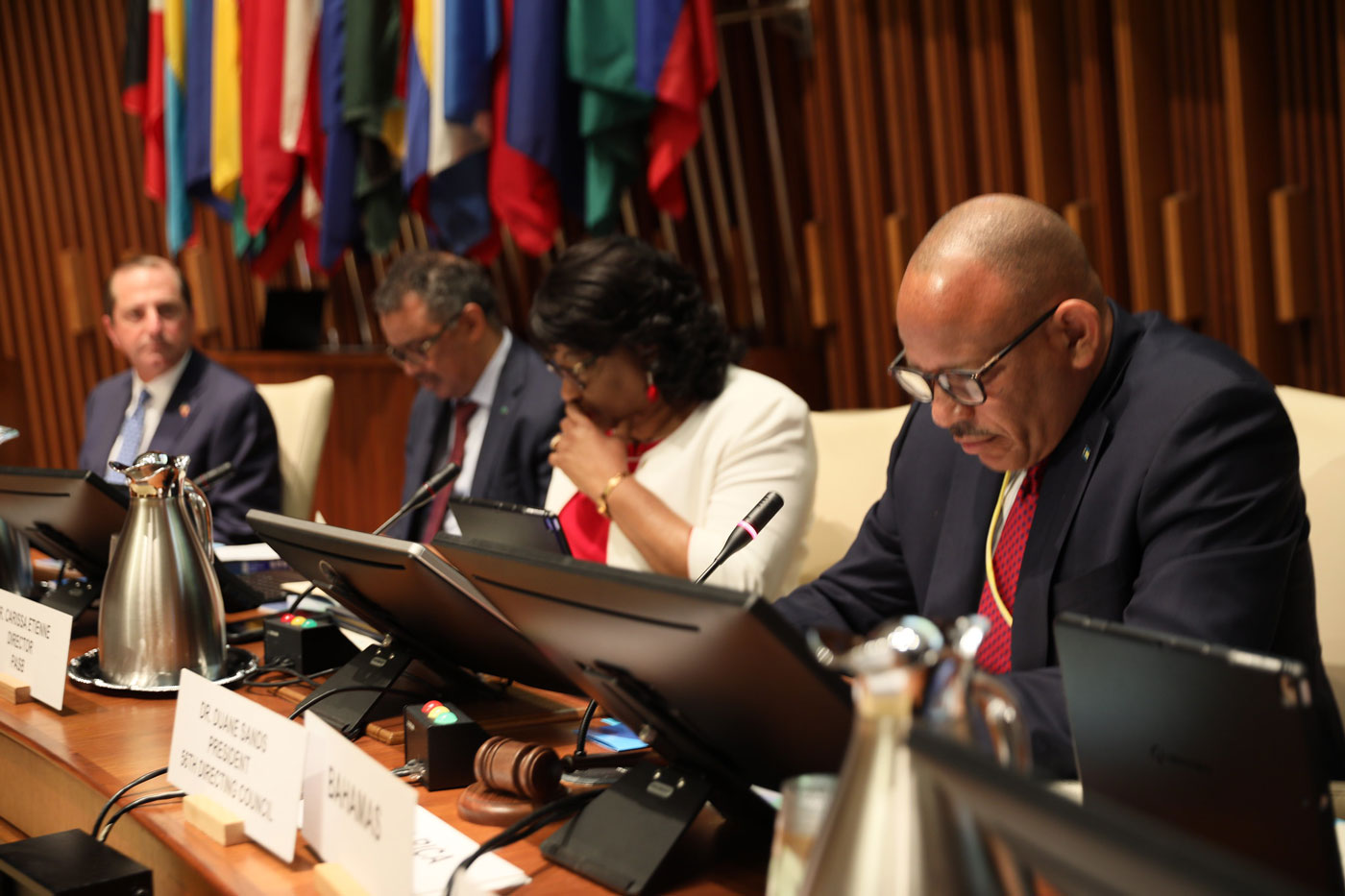 “Your work has resulted in saving countless lives, preventing the spread of illnesses and death and promoting healthy living for individuals, populations, communities and countries without fear or favor,” he said.

Sands added that PAHO continues to lead the world with eradication, prevention and control of diseases, despite changing political landscapes and economic uncertainties, and paying particular attention to cultural diversity, ethnic sensitivity and the protection of vulnerable populations.

“The basis of PAHO’s strength might be summarized that one country with all the resources in the world cannot achieve what 39 countries can achieve together.” 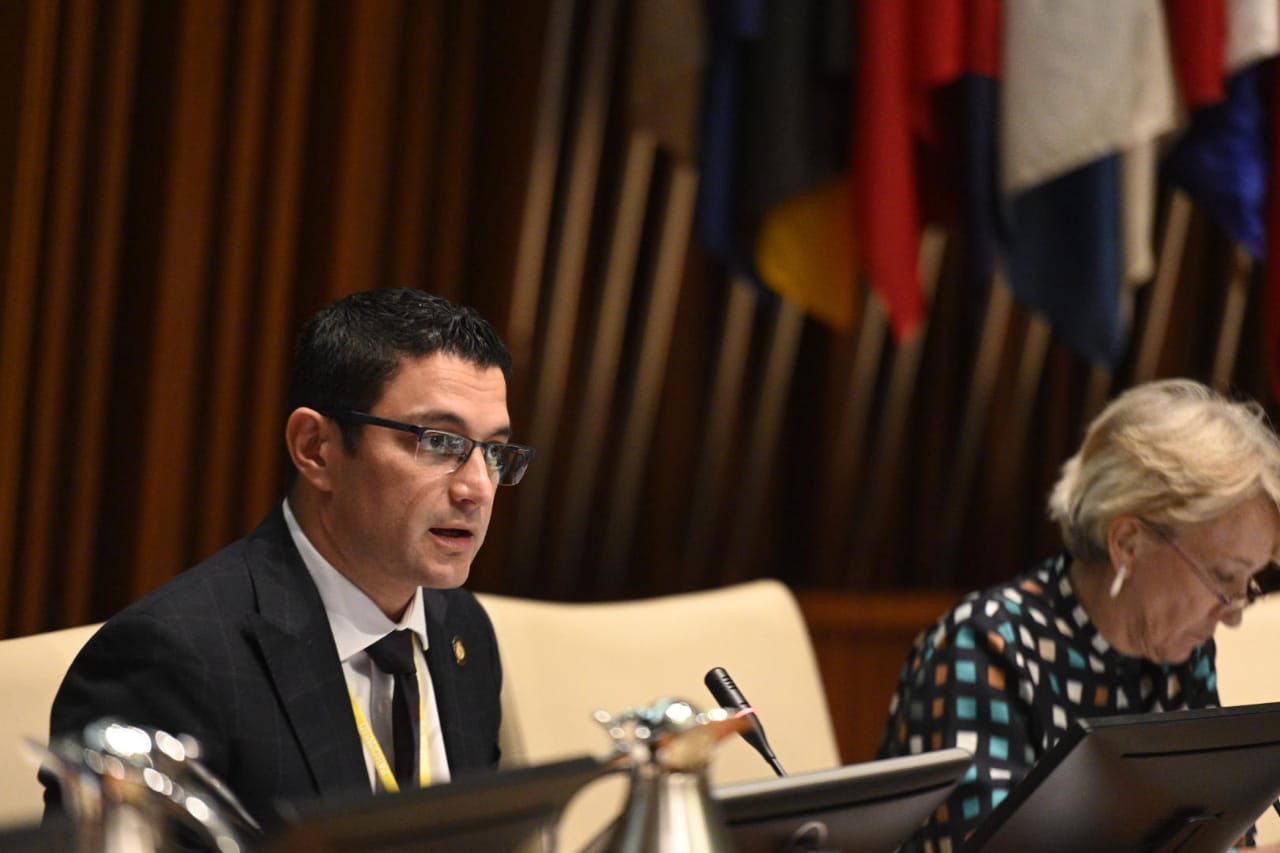 Minister of Health of Costa Rica Daniel Salas Peraza was elected as President of this year’s 57th PAHO Directing Council.