30 October 2019, Brasilia (PAHO/WHO)—Experts, member states, vaccine manufacturers, and other international partners have gathered, in Brasilia, Brazil, to help ensure that more than 1 billion people will be protected against yellow fever by 2026. The Pan American Health Organization (PAHO) is hosting the event which has been co-organized by World Health Organization's Eliminate Yellow Fever Epidemics (EYE) Secretariat, UNICEF and Gavi - The Vaccine Alliance.

The 2019 EYE Strategy Annual Partners Meeting began on October 28th and ended today, with discussions about achievements, challenges and the way forward. In his opening remarks, WHO Assistant Director-General for Emergency Response, Ibrahima Socé Fall highlighted the ongoing risk of YF outbreaks and spread. "There is a lot of work to be done. The implementation of mass vaccination campaigns must be accelerated. Our partners and all at-risk countries need to be fully engaged to ensure that we eliminate yellow fever epidemics worldwide by 2026". Socé also thanked participants for their commitment to the strategy and highlighted that their work is crucial for protecting the health and lives of people all over the world. 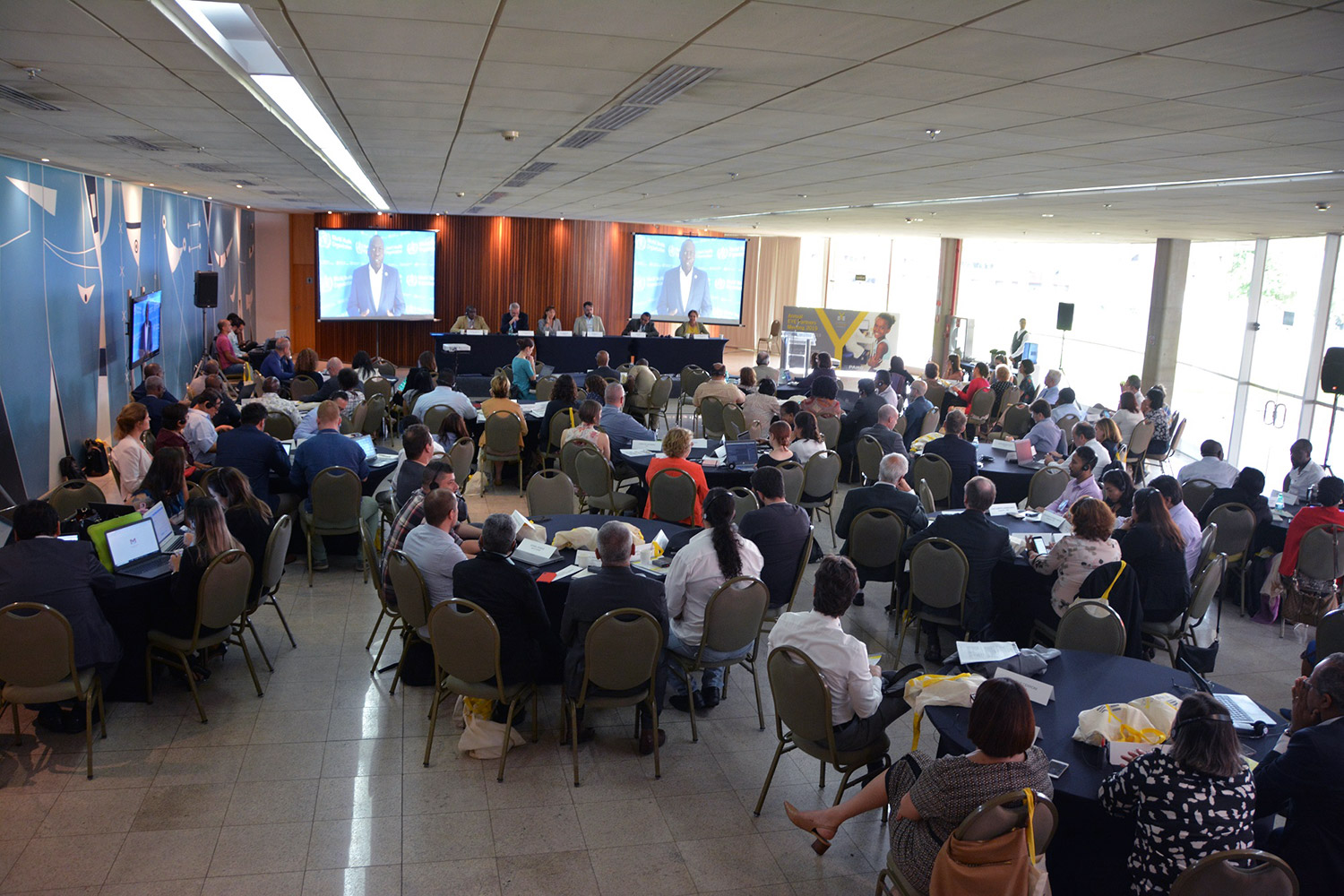 Yellow fever cannot be eradicated because it is also found in wild animals, but epidemics can be eliminated if the immunity levels of a population are effectively increased through mass vaccination and maintained through routine childhood immunization. Large-scale access to yellow fever vaccines is essential to establish and maintain high levels of immunity.

Socorro Gross, PAHO and WHO representative in Brazil, stated that yellow fever is a major challenge and that everyone that lives in or travels to an endemic country needs to be vaccinated. She also said that it is important to share the lessons learned in Brazil with other countries all over the world. "Holding this meeting here in Brazil has very special meaning because the country has successfully faced outbreaks in the last four years. These strategies include reaching the most vulnerable populations, implementing increased surveillance and laboratory actions, and ensuring effective immunization strategies, including the use of fractional doses".

According to the Coordinator of Arboviruses Surveillance in the Brazilian Ministry of Health, Rodrigo Said, these successful outcomes are due to the joint work at federal, state and municipal levels. "If it wasn't for this collective effort, I'm sure things would have been much worse. Today, we have a better laboratory response, better-organized services, better healthcare for patients, surveillance models able to predict and identify epizootics (outbreaks in primates), as well as a stronger capacity to intensify actions in areas where the virus is circulating".

Robin Nandy, UNICEF Chief of Immunization, highlighted the importance of working in a more integrated manner for effective results. "The global trend is to move away from a purely vertical disease focus to a more horizontal system approach. We don't want to be in a situation where we address yellow fever in a geographic area today and have measles outbreaks in the same areas a year or two later, all due to the same gaps in our ability to deliver immunization services". He added that it is key to ensure that vertical programs, which serve to address disease-specific risks, can also make valuable contributions to strengthening health systems and therefore mitigate the risk of outbreaks of all vaccine-preventable diseases in the long term.

Laurence Cibrelus, EYE Secretariat lead, stated that the way forward is through stronger articulation between global and regional mechanisms, improved platforms and tools for continued engagement with partners and tailored contributions, stronger contingency planning, and country engagement for maximum impact. "We have the mechanisms and means to move forward. We have made remarkable achievements, but challenges remain. This meeting is to discuss how to move faster, with stronger engagement and active contributions. We need to make concerted efforts to respond to the urgency of preventing yellow fever outbreaks".

Over the next decade, vaccine manufacturers are expected to meet the global demand for more than one billion doses need to eliminate the risk of yellow fever epidemics. 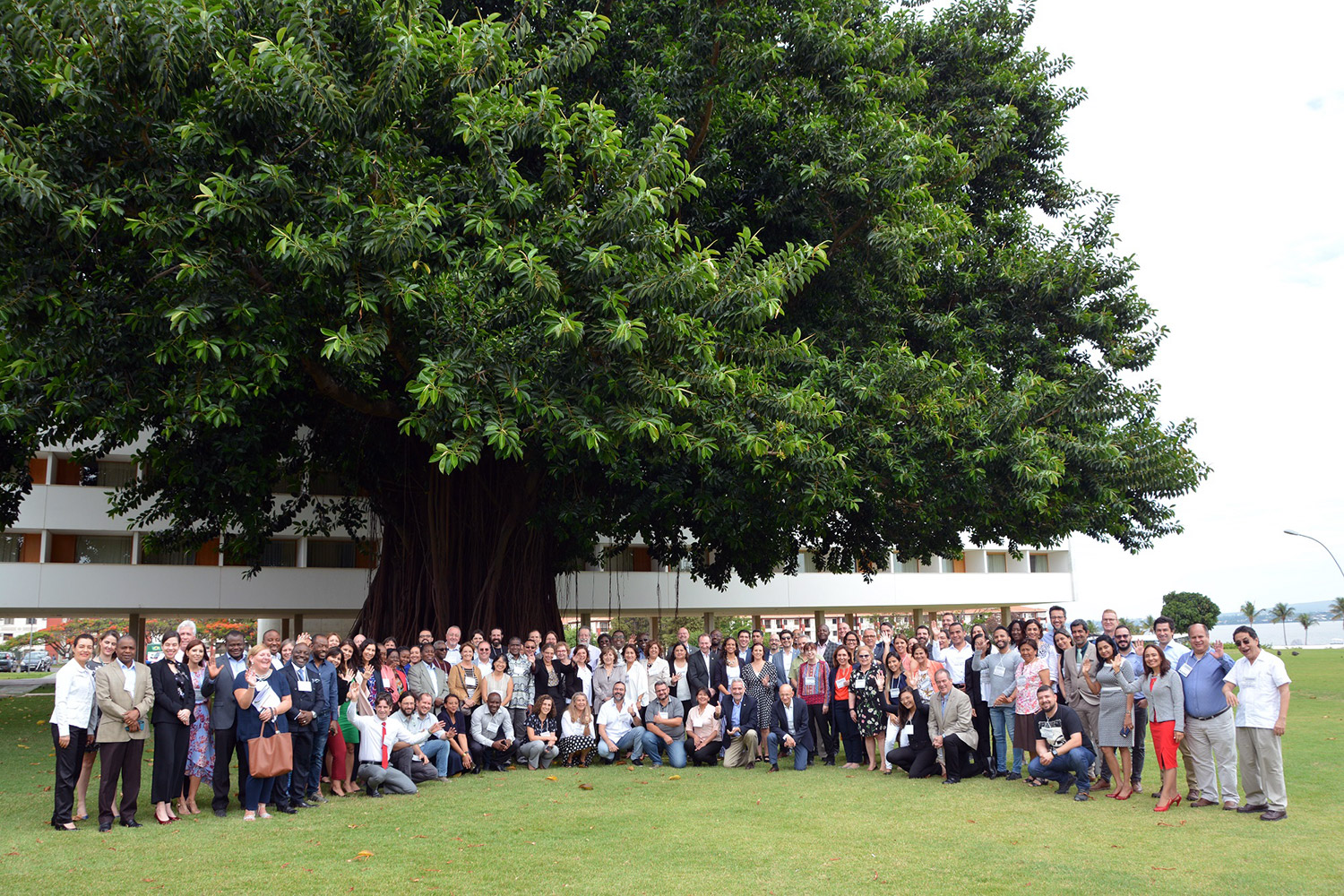 Yellow fever has resurfaced as a threat to public health in Africa and the Americas. In 34 countries in Africa and 13 in Central and South America, the disease is endemic. Africa concentrates the vast majority of cases in the world: each year there are up to 170,000 serious cases of yellow fever and 60,000 deaths.

During 2018, five countries and territories of the Americas reported confirmed cases of yellow fever. Brazil was the one with the highest number of cases and deaths. In the period from July 2017 to June 2018, it reported 1376 confirmed human cases including 483 deaths, while in the same period for 2018-2019, the country reported 91 confirmed cases.

PAHO and WHO Regional Office for Africa (AFRO) experts also presented an update about the epidemiological situation in their regions, as well as EYE's implementation progresses and challenges. Mamoudou Djingarey, Programme Area Manager for Infectious Hazard Management in AFRO, said that there are still many issues in implementing the multi-partner strategy at-scale, including "recognition of the heightened epidemic risk of yellow fever as a threat to global health security and ensuring sufficient vaccine supply to meet the needs globally".

Sylvain Aldighieri, PAHO Health Emergencies Deputy Director, pointed out some of the lessons learned in the Americas. "Immunization is key; surveillance of epizootics allows you to anticipate cases in humans approximately one month in advance; it's essential to ensure updated knowledge for better clinical management at primary health care level; and, importantly, no yellow fever virus was detected in Aedes aegypti mosquitos (which could, otherwise, indicate a greater risk for urban yellow fever transmission in the region)".

In Latin America, all endemic countries have introduced the vaccine into their routine immunization programs for children and have also carried out vaccination campaigns for populations living in at-risk areas. They also request vaccination for travelers to at-risk areas.

The EYE Strategy was developed in the aftermath of the unprecedented outbreak that hit Angola in 2016 and later spread to the neighboring Democratic Republic of the Congo (DRC). It was the first time that yellow fever cases were reported in Asia (11 Chinese workers infected in Angola returned to China). It was designed in collaboration with more than fifty partners to target countries and regions most vulnerable to yellow fever outbreaks and tackle the increased risk of urban epidemics due to the changing epidemiology caused by factors such as environmental degradation and climate change.