Port-au-Prince, December 16, 2019 – A vaccination campaign has been launched in Haiti to accelerate action towards eliminating human rabies transmitted by dogs in the country. The campaign, which is led by the Ministry of Agriculture, Natural Resources and Rural Development, with technical support from the Pan-American Health Organization (PAHO) and the Pan-American Center for Foot-and-Mouth Disease and Veterinary Public Health (PANAFTOSA) in partnership with and with financial support from the World Bank, aims to vaccinate all dogs in Haiti between 9-21 December. 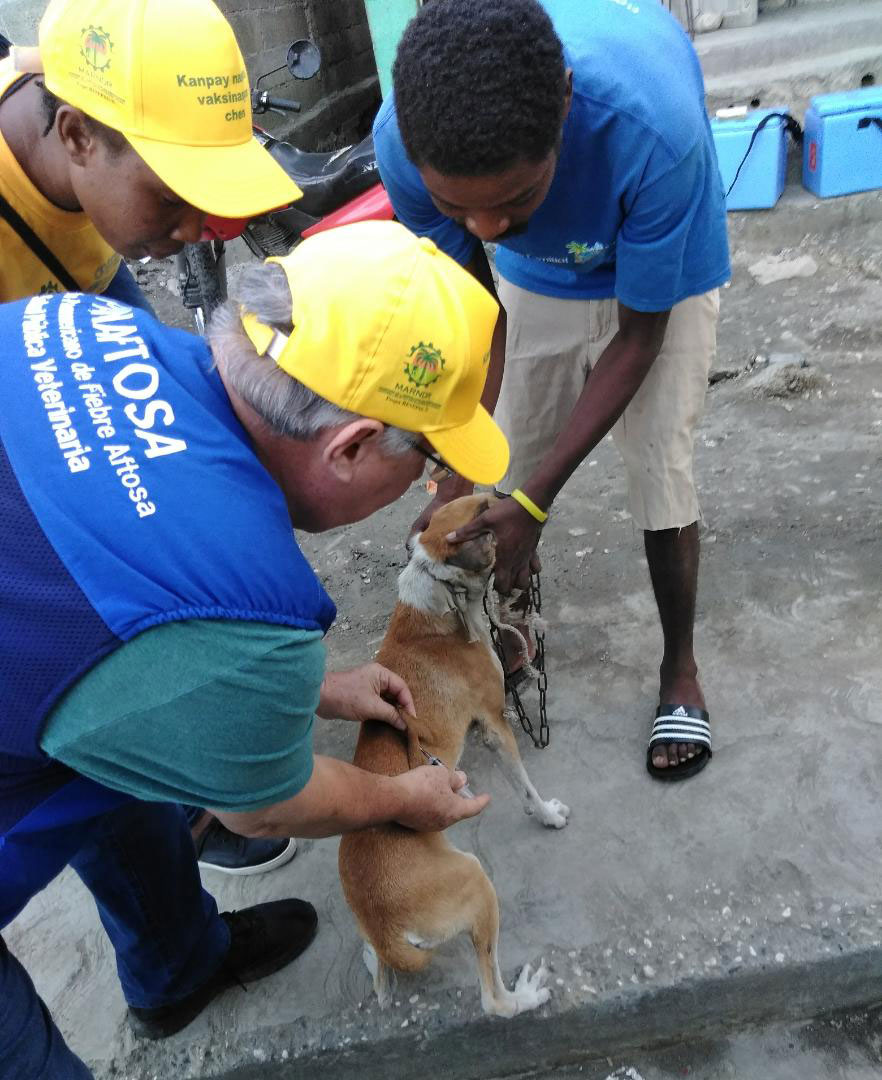 The campaign slogan is “Let's vaccinate all dogs to get rid of rabies”. Teams of trained vaccinators will be working throughout Haiti, targeting street dogs and household pets. Members of the public are also invited to bring their own dogs to be vaccinated free of charge.

“Vaccinating dogs is essential to breaking the cycle of transmission of the disease to humans. The success of this campaign will ensure the reduction of cases in Haiti and bring us one step closer to eliminating the disease in the Americas, as Haiti is one of the last countries where there are registered cases,” said Ottorino Cosivi, Director of PANAFTOSA.

Rabies causes 60 thousand deaths each year, mainly in Asia and Africa. In Latin America and the Caribbean, new cases of rabies were reduced by more than 95% in humans and 98% in dogs since 1983.  This latest initiative is part of urgent efforts to concentrate vaccination campaigns where they are needed the most, so that human rabies transmitted by dogs can be eliminated from the Region by 2022.  Human rabies transmitted by dogs is one of the priorities of the PAHO Elimination Initiative which aims to eliminate from the Region several communicable diseases and related conditions. 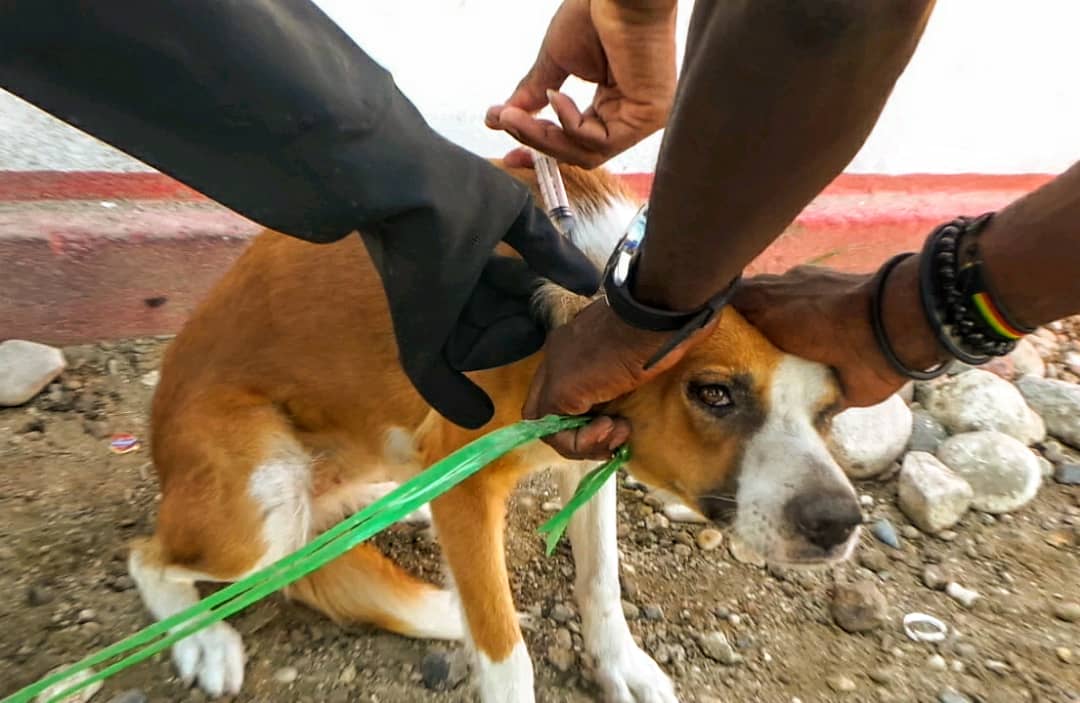 With the commitment of the people of Haiti, including its national authorities, and the work of the PAHO country office and PANAFTOSA, the campaign was planned and is being executed in record time. Over the next two weeks, approximately 500,000 dogs will be vaccinated in nine departments of the country. A further 300,000 dogs will be vaccinated in the metropolitan region in 2020, a total that represents the entire canine population.

“Given the delicate context in Haiti, getting this campaign up and running has presented us with some huge challenges,” said Luis Felipe Codina, PAHO/WHO Representative in Haiti. “Thanks, however, to political will, the efforts of the PAHO/WHO country team, the Ministry of Agriculture and PANAFTOSA, we are confident that these actions will lead to great outcomes for the Haitian people and will contribute to the elimination of human rabies transmitted by dogs” he added.

A mass communication campaign has also been launched on radio, social media, and in public places to encourage members of the public to get involved and to raise awareness of the need to eliminate human rabies transmitted by dogs. 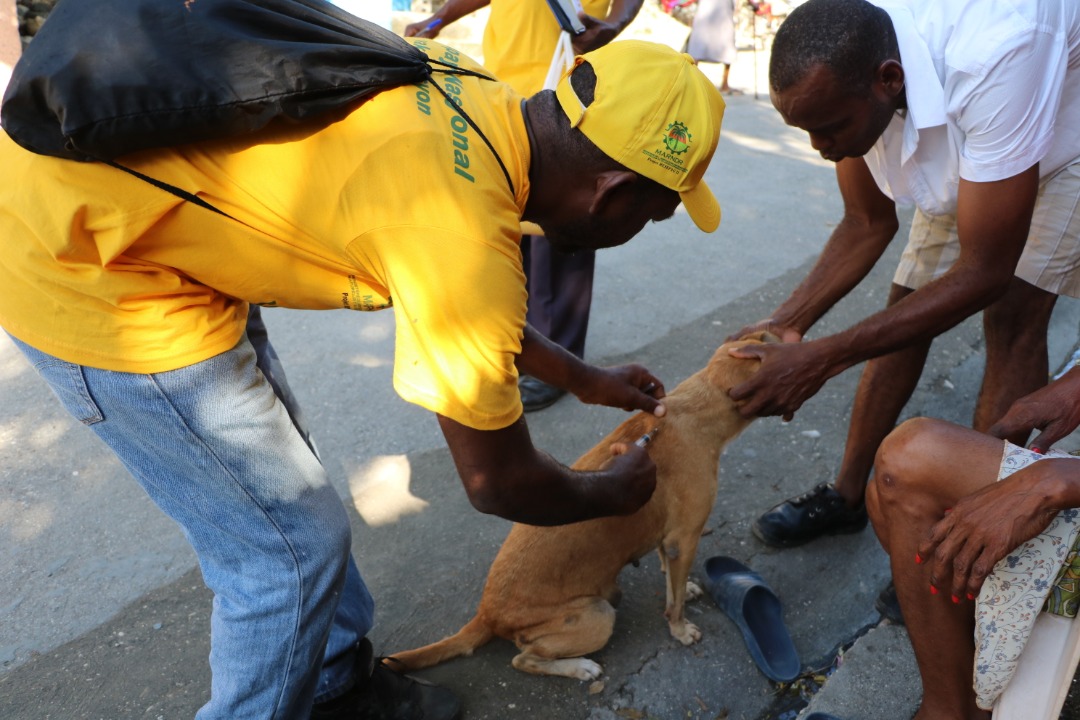