Panama City, July 10, 2009 - Health experts of several countries will meet from July 14 to 16 to propose programs to improve the health of men who have sex with men in Latin America. 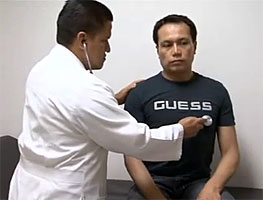 The consultation is expected to produce a plan of action to scale up health promotion and prevention programs for homosexual men, with a focus on their most urgent health needs.
In part because of ignorance, stigma, and discrimination, health services have not always been widely available to men who have sex with men in Latin America. In addition, according to the meeting organizers, the health services often lack personnel with expertise in the unique health needs of this population.

Available data show that men who have sex with men are disproportionally affected by HIV and other sexually transmitted infections. Other frequent health concerns are mental health issues, drug and alcohol use, in addition to chronic stress, anxiety and depression as a result of hostility, stigma and discrimination.

According to United Nations agencies, the ability of health systems to meet these needs was greatly improved with the approval of new legislation in the last 20 years decriminalizing sex between men. In 2008, Nicaragua and Panama, the last two countries in Latin America where sex between men was criminalized, revoked such legislation.

The Consultation is part of a series of regional meetings, the first of which took place in Europe (Slovenia, May 2008) and Asia (Hong Kong, February 2009).