Infection from rotavirus is the most common cause of diarrhea among children under five years old worldwide.

In 2003, it was estimated that between 1986 and 2000, rotavirus caused 111 million episodes of infantile diarrhea each year, strictly requiring at-home care, 25 million medical visits, two million hospitalizations, and an average of 440,000 deaths worldwide. This means that by five years of age, almost all children have experienced an episode of rotavirus diarrhea: one out of five children has been given a medical consultation; one out of 65 has been hospitalized, and one out of about 293 has died.

Globally, diarrhea from rotavirus A (RVA) in 2008 resulted in 453,000 deaths among children under five, comprising 37% of deaths attributable to diarrhea and 5% of all deaths in children <5 years.

More recently, it was estimated that RVA caused approximately 197,000 deaths in 2011, which means that it is still the most important cause of diarrhea-related mortality worldwide.

It was estimated for 14 countries in Latin America that RVA caused 6,302 deaths and 229,656 hospitalizations annually in the absence of RVA vaccination.

The genus rotavirus belongs to the Reoviridae family. It is a double-stranded ribonucleic acid (RNA) virus with 11 segments. Seven principal rotavirus groups have been identified, labeled A through G. However, only the A, B, and C groups infect humans, and the A group is the most important.

The viral particle consists of three concentric layers of protein around the genome (see figure below). The outside protein layer of the virus particulate consists of two superficial viral proteins: VP4 and VP7. Rotavirus classification by serotype is based on the antigenic specifications of these two proteins. Both the VP7 (type G for glycoprotein) and VP4 protein (type P for protease sensitivity) elicit the production of neutralizing antibodies and are involved with protective immunity. There are 15 G serotypes and 14 P serotypes. In the G serotypes, a precise correlation can be made between serotype and genotype. However, such a correlation is not found in the P serotype. There are 20 P genotypes [numbered 1 to 20 in brackets], for example P [4]. The genes coding the G and P antigens are added independently, allowing various combinations of G and P to be observed.

Who is at risk

Young children under five years of age are at greatest risk of contracting and dying of rotavirus. Nearly every child is infected with rotavirus at least once before the age of five, with the first infection usually occurring before age three.

Direct fecal-oral contact is considered the most significant rotavirus transmission mechanism. The virus is highly infectious and very stable in the environment. It can survive for hours on hands and even days on hard surfaces, and it remains stable and infectious in human stool for up to 1 week. Individuals with rotavirus excrete significant quantities of viral particles before they begin showing symptoms of the disease, throughout the course of the diarrhea and, in one-third of the cases, up to one week after the symptoms disappear. Many people excrete the virus without experiencing diarrhea.

Person-to-person transmission through the hands appears to be responsible for the virus spreading in closed environments, such as homes and hospitals. Transmission between children in day care centers is caused by direct contact and through contaminated food and/or toys.

Stools generally contain 100 billion viral particles per milliliter, and the infectious dose is between 10,000 and 10 million viral particles. Although rotavirus has been identified in several species of animals, both wild and domestic, animals do not appear to play a significant role as reservoirs or in transmission to human beings.

As a result, an infant born in a temperate country after the winter season will not be exposed to the virus until the following year, but those born in a tropical country will be exposed to the virus year-round. Thus, the average age of onset of infection is younger in tropical countries, where children get sick in the first year of life, compared to the average for those dwelling in temperate countries, where two to three-year old tend to first experience infection.

Rotavirus surveillance in the Americas shows peaks in rotavirus during the cool winter months.

In developing countries, 65-80% of children have rotavirus antibodies by the age of 12 months, and 95% by the age of 24 months. Thus, the incidence of symptomatic illness declines rapidly after 24 months of age, and repeated infections may be asymptomatic or accompanied by mild symptoms.

In general, infants less than 3 months of age with rotavirus infections are asymptomatic, while those infected for the first time after that age generally show symptoms. The explanation for this finding is not entirely clear but appears to be linked to the presence of maternal antibodies.

- Since the virus tends to spread through contaminated hands, all family members and personnel at health and day care centers should wash their hands after cleaning a child who has defecated, after disposing of the child’s stool after defecating, before preparing food, before eating, and before feeding a child.
- It is important for family members and personnel at health and day care centers to collect the stools quickly from children and infants and wrap them in a sheet of newspaper or dispose of them in the latrine. It is also recommended that toys handled by the child be washed, given the risk that they may have been in contact with the child’s mouth and thus be contaminated.
- Drinking water should be taken from the cleanest available source and boiled.
- All families should have a clean latrine or be encouraged to defecate far from the house at a location that is always more than 10 meters from the source of drinking water.
- Exclusive breast-feeding is highly recommended to decrease exposure to the virus.

Although improvements in hygiene, water supply, and wastewater elimination are all measures that can help to reduce severe episodes of diarrhea, comparable incidences of rotavirus disease in developed and developing countries indicate that the disease cannot be controlled exclusively with such measures.

Four rotavirus vaccines are available on the market and prequalified by WHO, two monovalent and two pentavalent. Currently, two of them are used in the Region of the Americas. Since 2006, 21 countries and one territory of the Region have introduced this vaccine into their national vaccination schedules.

The countries of the Region of the Americas were the first to introduce rotavirus vaccines into their immunization programs, and for the first time ever, a new vaccine is being introduced in developing and developed countries at the same time.

Recommended schedule: PAHO’s Technical Advisory Group (TAG) on Vaccine-preventable Diseases recommends that countries in the Region of the Americas should continue making efforts to administer rotavirus vaccines as part of their routine immunization schedules, at the recommended ages, usually at 2 and 4 months or 2, 4 and 6 months. This schedule favors the early immunization of children at greater risk of morbidity and mortality due to rotavirus diarrhea. However, in areas of difficult access and/or high diarrheal mortality, the vaccine can be administered later, at any time of immunization contact and before one year of age.

Epidemiologic surveillance is the ongoing observation of the distribution and trends in the incidence of diseases through systematic collection, compilation, and analysis of morbidity and mortality reports, as well as other relevant data, and dissemination of that information to all interested parties. The data obtained through such surveillance and its analysis and interpretation should guide decisions about control measures.

Sentinel surveillance is based on selected sites according to their location and capacity of a precise diagnosis and to report high-quality data.

PAHO’s rotavirus sentinel surveillance network began in 2006. In the beginning, the data collected was aggregated, but since 2014 when the regional network integrated the WHO Global Sentinel Surveillance Network, the collection has been case-by-case using the VINUVA case data system. Currently, seven countries and 16 hospitals are included in this network. 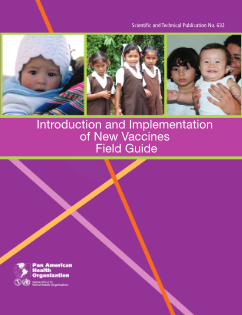