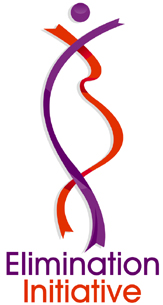 The commitment is part of a new Regional Initiative for the Elimination of Mother-to-Child Transmission of HIV and Congenital Syphilis in Latin America and the Caribbean, presented today by the Pan American Health Organization (PAHO), the United Nations Children's Fund (UNICEF), and other partners at the Fifth Latin American and Caribbean Forum on HIV/AIDS and STIs.

HIV and syphilis are both significant public health problems in Latin America and the Caribbean. An estimated 6,000 children in the region acquire HIV infection each year, exacting an enormous human, social, and economic cost. In addition, more than 450,000 cases of gestational syphilis occur in pregnant women in the region each year. Without proper treatment, 50 percent to 80 percent of these pregnancies will have adverse results, including abortion, fetal death, neonatal death, premature delivery, low birth weight, and congenital infection, with various degrees of severity.

The goal of the new initiative is to reduce the incidence of mother-to-child HIV transmission to less than 5 percent by the year 2015 and to reduce congenital syphilis to fewer than 0.5 cases per 1,000 live births, thereby eliminating these diseases as public health problems. The Latin America and Caribbean region is the first to propose the elimination of maternal transmission of these two diseases in an integrated and simultaneous way.

To achieve its goals, the regional initiative will seek to integrate prevention efforts and expand prenatal care, early diagnosis, and treatment to at least 95 percent of pregnant women in the region. The initiative also emphasizes the need to strengthen and integrate primary health care systems and to improve surveillance.

A number of countries in Latin America and the Caribbean have made significant progress toward the elimination of mother-to-child transmission of HIV and congenital syphilis as public health problems. However, important gaps remain. On average, only 46 percent of pregnant women in the region are screened for HIV, and of those who test positive, only 54 percent receive antiretroviral medication to prevent transmission of HIV to their children. Reliable data on syphilis are not widely available, but most countries in the region report prevalence of maternal syphilis at below 5 percent, although some populations report rates of up to 14 percent.

For more information please contact: This email address is being protected from spambots. You need JavaScript enabled to view it., PAHO advisor on social communication, Tel. 202 974 3937.