WHO, partners launch appeal for $4.2 million for health response for hurricane-hit Haiti

WHO, partners launch appeal for $4.2 million for health response for hurricane-hit Haiti

September 12, 2008-Port Au Prince/Geneva-The World Health Organization and partners urgently need US$ 4.2 million to provide health care for many of the 800 000 people - including children and pregnant women - affected by successive tropical storms in Haiti.

During August and September, extreme natural events have killed at least 328 people in Haiti, damaged and disrupted health facilities, and displaced thousands. Of those affected, 52% are estimated to be women and 36% children. Elderly people and pregnant women are among the most vulnerable needing care, as are patients with chronic disease and those being treated for HIV and tuberculosis. 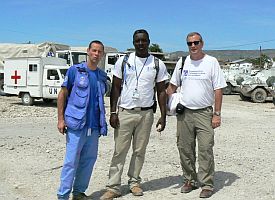 Hurricanes Fay, Gustav, Hanna and Ike have also affected Cuba, the Dominican Republic, Jamaica and Turks and Caicos, causing extensive flooding, damage to hospitals and health facilities, and deaths in some cases. The Pan American Health Organization has been working with national authorities in all these countries to help reduce the health impact of these disasters-from deaths and population displacement to water and sanitation and shelter management.

Flooding has severely affected numerous Haitian health facilities in Gonaive, Port de Paix and Les Cayes, There are shortages of drugs, including insulin and anesthetics, and small surgical materials. The storms have also threatened the security of food supplies, which in turn increases nutritional risks for the population. Most health centers remain closed because they are flooded. Equipment and drug supplies have been damaged. The main hospital in Gonaives is completely unusable and no health center is operational. Medecins sans Frontieres Belgium set up operations north of Gonaives, at Raboteau, and installed a basic surgical facility that has received 1,000 injured persons in the past days.

"WHO and its health partners have helped Haitian authorities provide emergency medical care where access is possible," said Dr Henriette Chamouillet, PAHO/WHO's representative to Haiti. "The situation is particularly serious in Gonaives, where parts of the city remain under water, people have taken refuge in shelters and there is no access to some communities outside of the city." 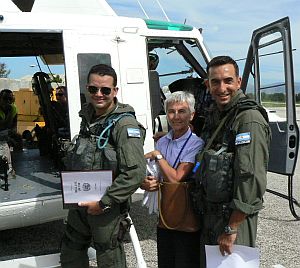 WHO is seeking US$1 million to coordinate the health sector response and implement an epidemiological surveillance system and early warning, along with vector control measures to prevent the spread of communicable diseases, such as malaria and dengue fever. Also needed is access to health care in the affected areas by providing essential medicines and supplies to national authorities and the various international partners working in the health sector. Another $3.2 million is being sought for urgent health projects by WHO partners, including UNICEF, UNFPA, Pharmaciens Sans FrontiÃ¨res Comite International, and Medecins du Monde France/Switzerland/Canada.

Priorities are to ensure continued access to health care of the most affected population, especially vulnerable groups, including pregnant women; provide nutritional support for 250 000 childbearing age women, 40 000 pregnant women and 130 000 children aged under five years; and ensure treatment for people with chronic diseases. "WHO's objectives are to ensure access to health care is continued at pre-storm levels and to prevent the outbreak of communicable diseases," said Dr Eric Laroche, Assistant Director-General for WHO's Health Action in Crises Cluster. "To do this, we will continue to ensure close institutional and technical coordination with the multiple actors working in the health sector."

PAHO, founded in 1902, works with all the countries of the Americas to improve the health and quality of life of their peoples. It also serves as the Regional Office for the Americas of the World Health Organization (WHO).