2010: A Year of Health Challenges for Haiti

For Haiti's health sector, 2010 was a year of unprecedented challenges. The January 12 earthquake claimed the lives of more than 200,000 Haitians, including some 300 health workers, and injured many thousands more, while causing serious damage and disruption to health infrastructure, services and supply lines. The cholera epidemic added new difficulties just as the health sector was beginning to recover and rebuild. In spite of all this, ministry officials, health professionals, and volunteers worked to overcome obstacles and made important progress toward recovery. 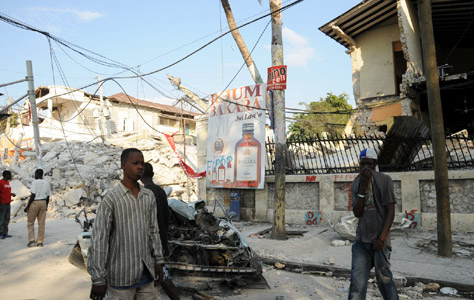 Despite the destruction of its headquarters and the loss of key personnel, Haiti's Ministry of Health developed and began implementing a strategy to rebuild the health system, as part of the government's larger Action Plan for National Recovery and Development of Haiti. This included plans to rebuild 30 of the existing 49 hospitals in the three departments most heavily affected by the earthquake, and to guarantee free health care to the country's most vulnerable groups.

Following the outbreak of cholera in late October, healthcare providers worked tirelessly day and night to save lives and care for the ill, despite lack of experience with the new disease. Haiti's international partners-including U.N. agencies and international NGOs-provided invaluable support, augmenting the staff of hospitals and other health facilities with trained volunteers.

One year after Haiti's earthquake
List of commemorative events

Following the initial outbreaks, Haiti's Ministry of Health launched a national strategy to respond to the epidemic, with initiatives to protect families at the community level, strengthen primary health care centers across the nation, and establish a network of cholera treatment centers and specialized hospital units to treat severe cases. 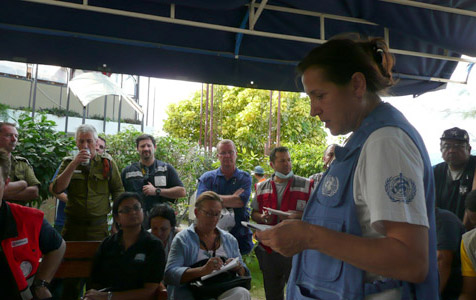 A key challenge was coordinating the more than 400 organizations and agencies participating in the health response to the earthquake and the cholera epidemic. PAHO/WHO worked closely with the Ministry of Health to coordinate these partners and to ensure the effective and efficient deployment of staff and supplies. 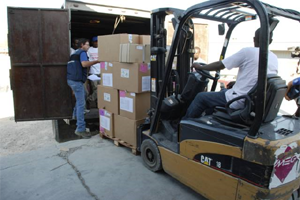 Haitian health workers have proven to be the driving force in reconstructing Haiti's health sector. They worked under the most trying of conditions, ranging from the loss of their loved ones and homes to security threats. Despite adversity, they have worked tirelessly to treat the ill and they remain at the forefront of efforts to rebuild their country.

Additional progress toward the reconstruction of Haiti's health sector in 2010 included:

These achievements of the national health services were only possible due to the contributions of hundreds of NGOs, several bilateral health institutions, such as the US CDC and the Cuban Medical Mission, and many national and provincial bilateral cooperation agencies. 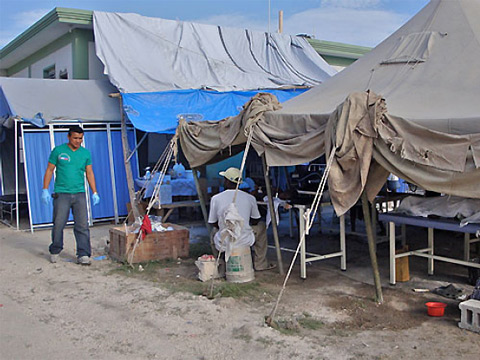 Successful reconstruction of the country's health sector will also require that both health and non-health partners contribute to the development of a strong, self-reliant, and sustainable Haitian health sector, in addition to providing jobs and opportunities for other Haitians.

Toward that end, Health Cluster partners have agreed to the following objectives for 2011 and beyond:

Another critical objective is to improve sanitary conditions. Lack of access to safe water, improper sanitation, unsafe food handling in markets and open-air diners, poor management of dead bodies, and improper disposal of human waste and garbage all remain critical problems. Initiatives in all these areas, which involve not only health but also other key sectors such as water and sanitation, are vital for Haiti to control the cholera epidemic and improve health conditions.

PAHO/WHO has a long-term commitment to Haiti and will continue to help coordinate recovery efforts, provide technical cooperation, and strengthen national leadership, with a focus on promoting equity in health, combating disease, and improving the quality of life for the Haitian people.