France's ambassador to the Organization of American States (OAS), Pierre Henri Guignard, visited PAHO headquarters 15 March for a technical briefing on PAHO's work in Haiti, both before and after the January 2010 earthquake. Experts on disasters, immunization, communicable diseases, health systems, and essential medicines described the challenges PAHO has faced in Haiti and the broad range of support it has provided to the country's health authorities. 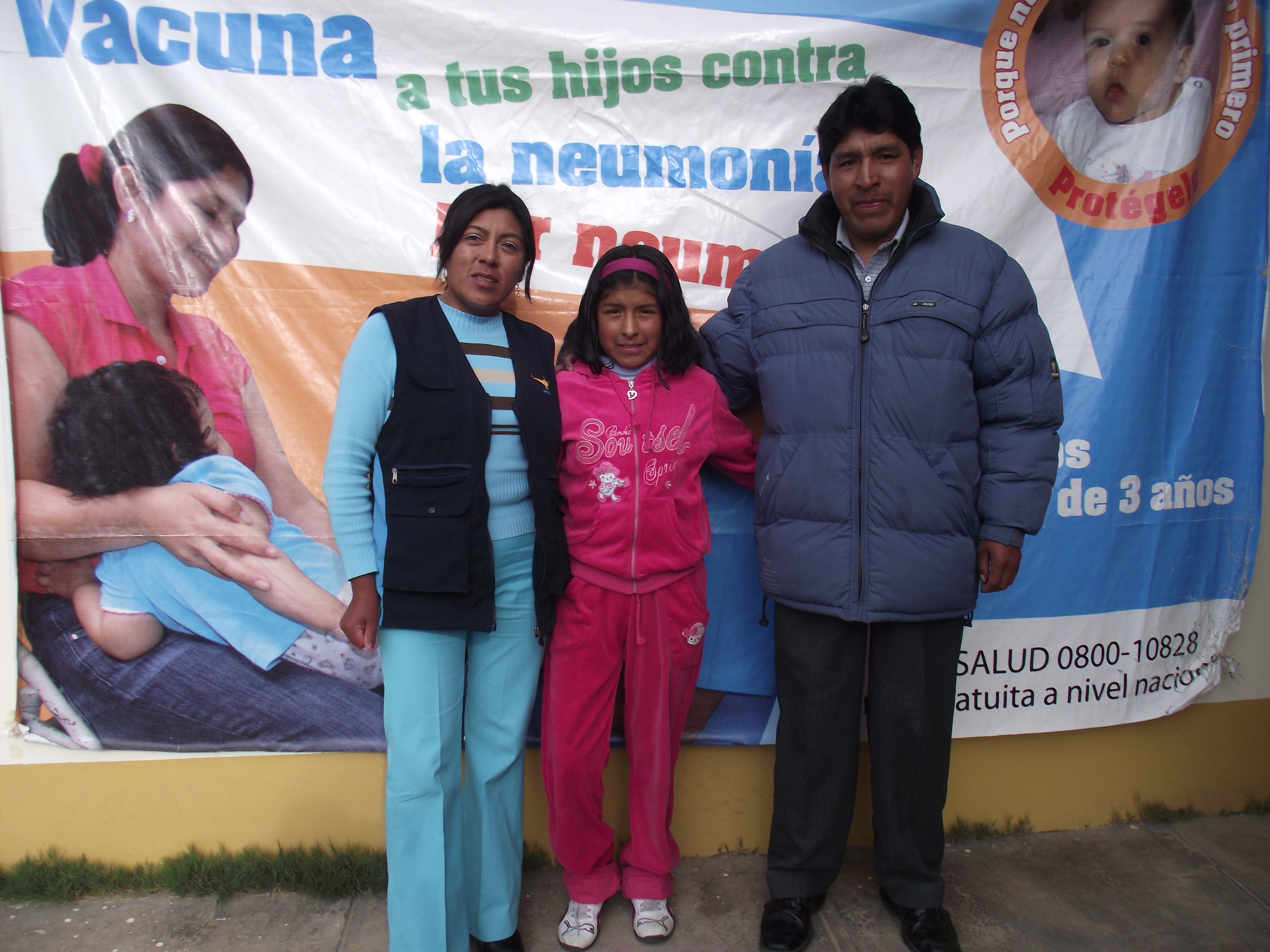 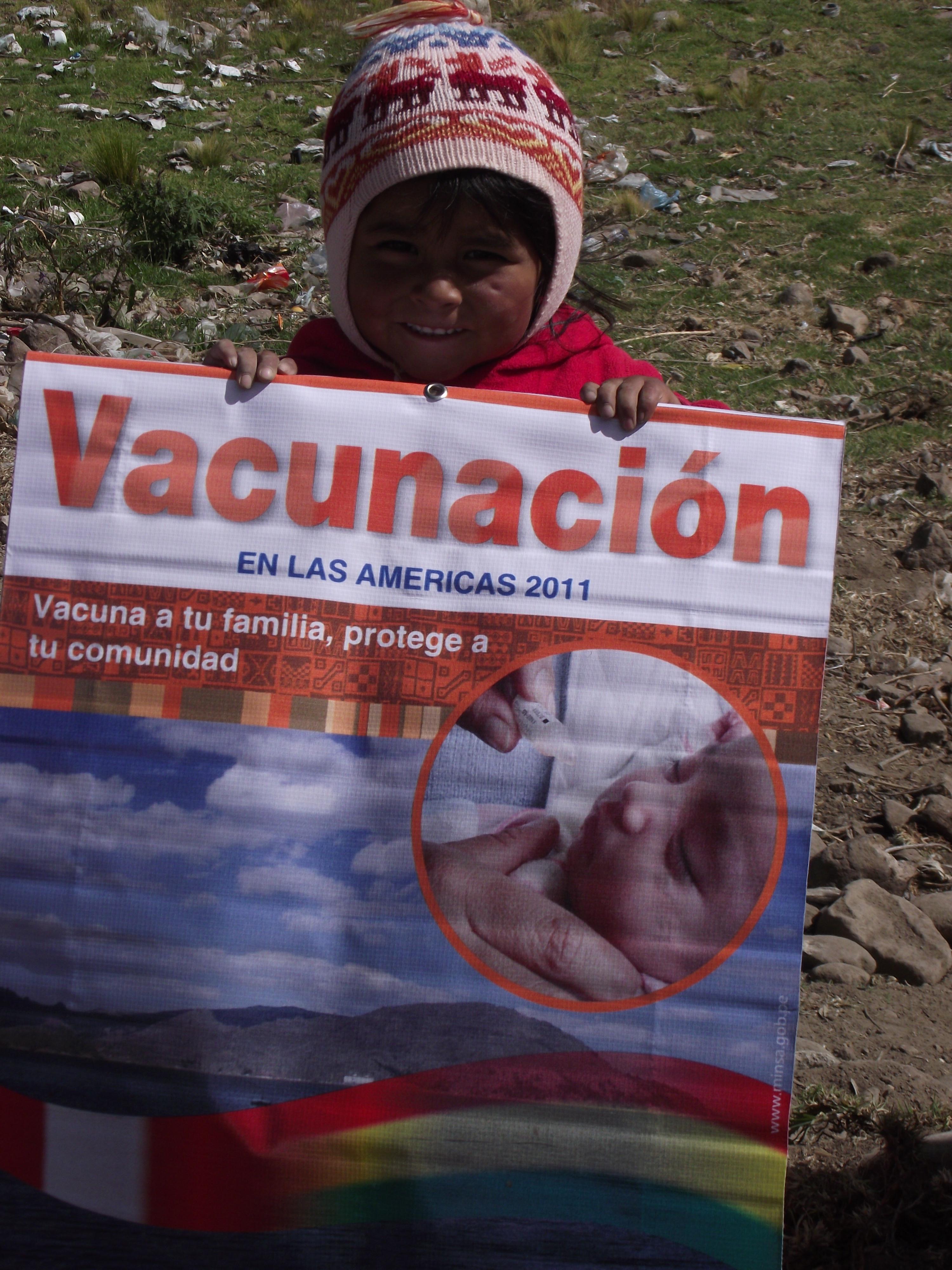 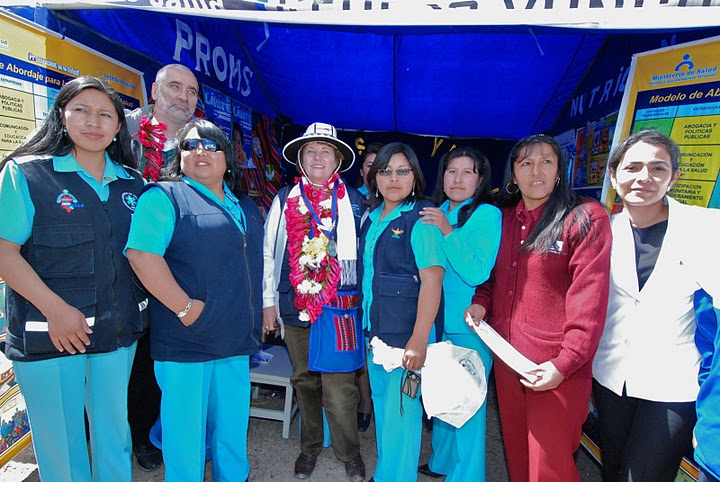 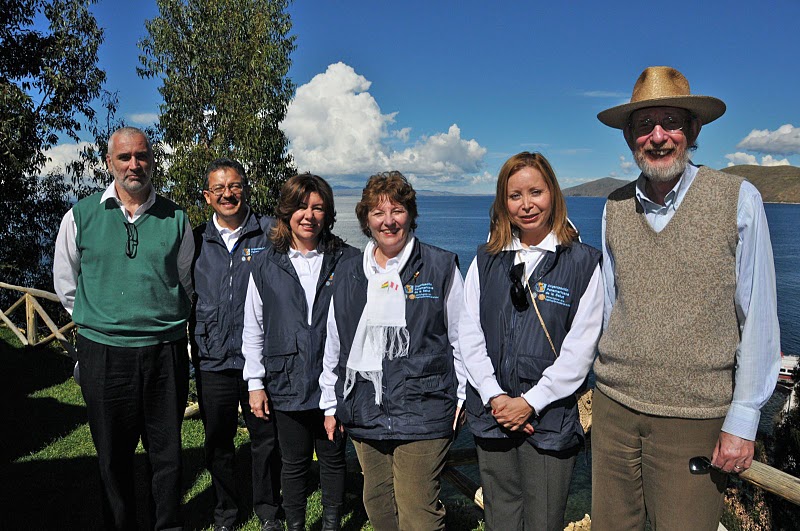 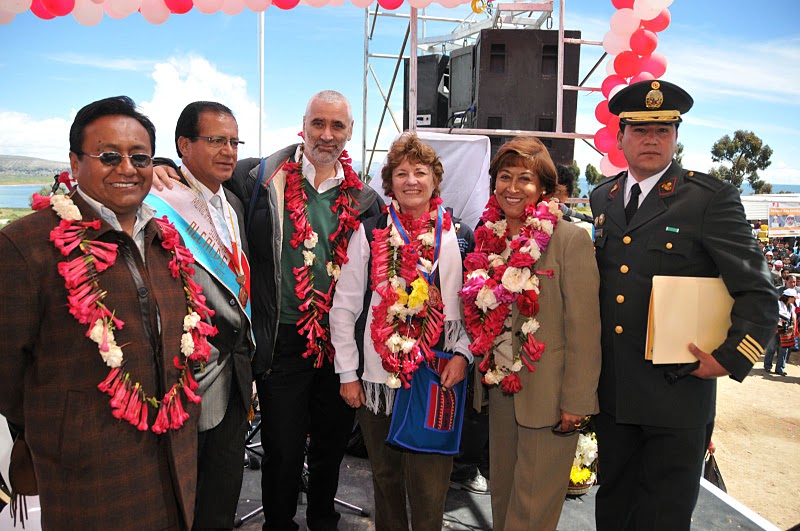 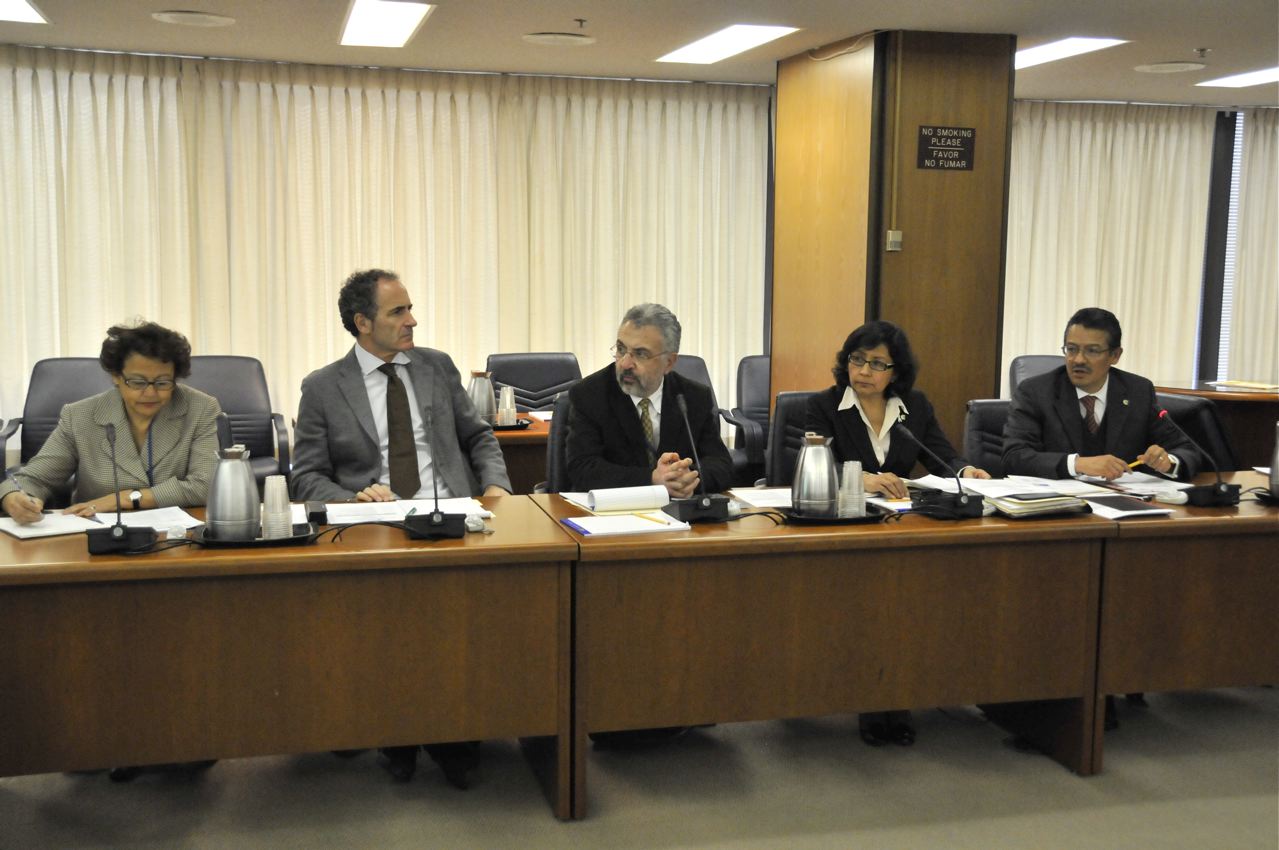 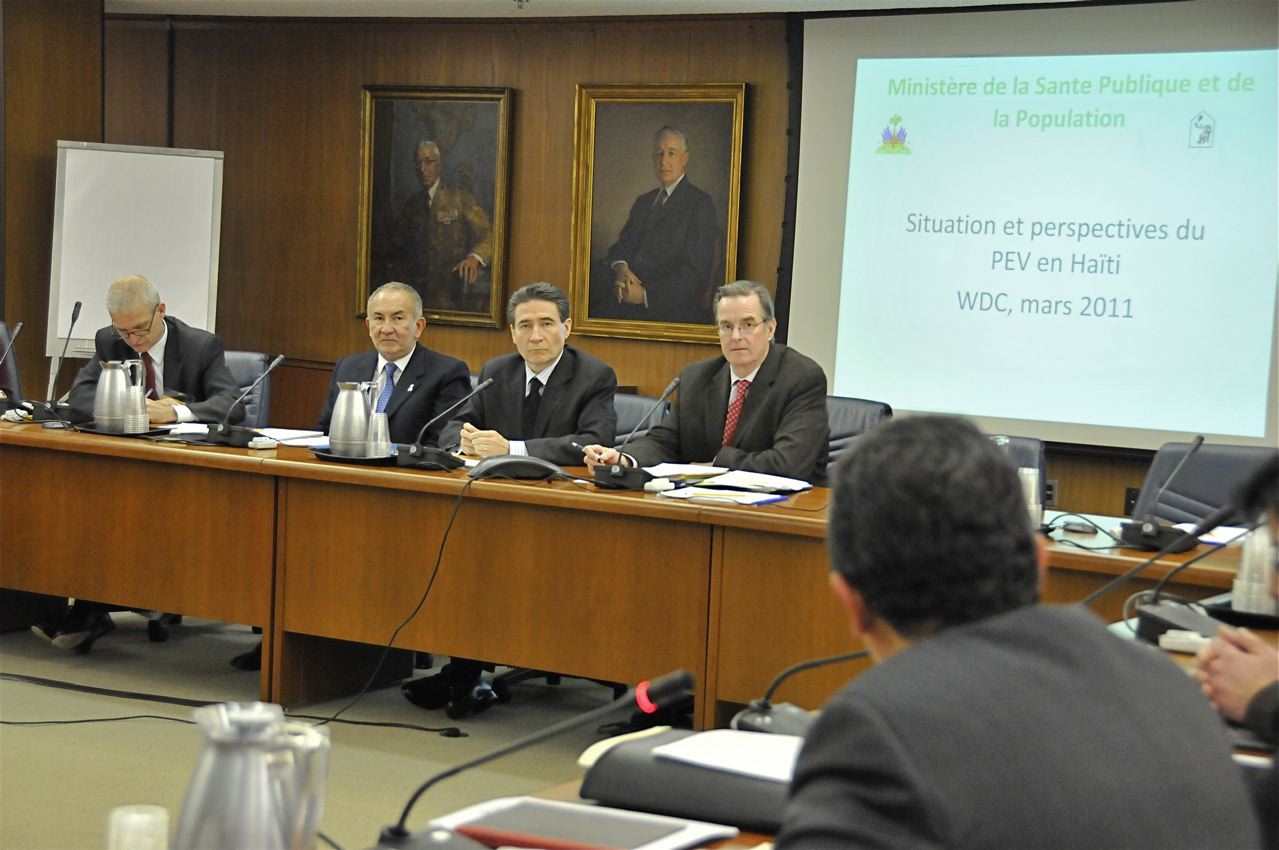 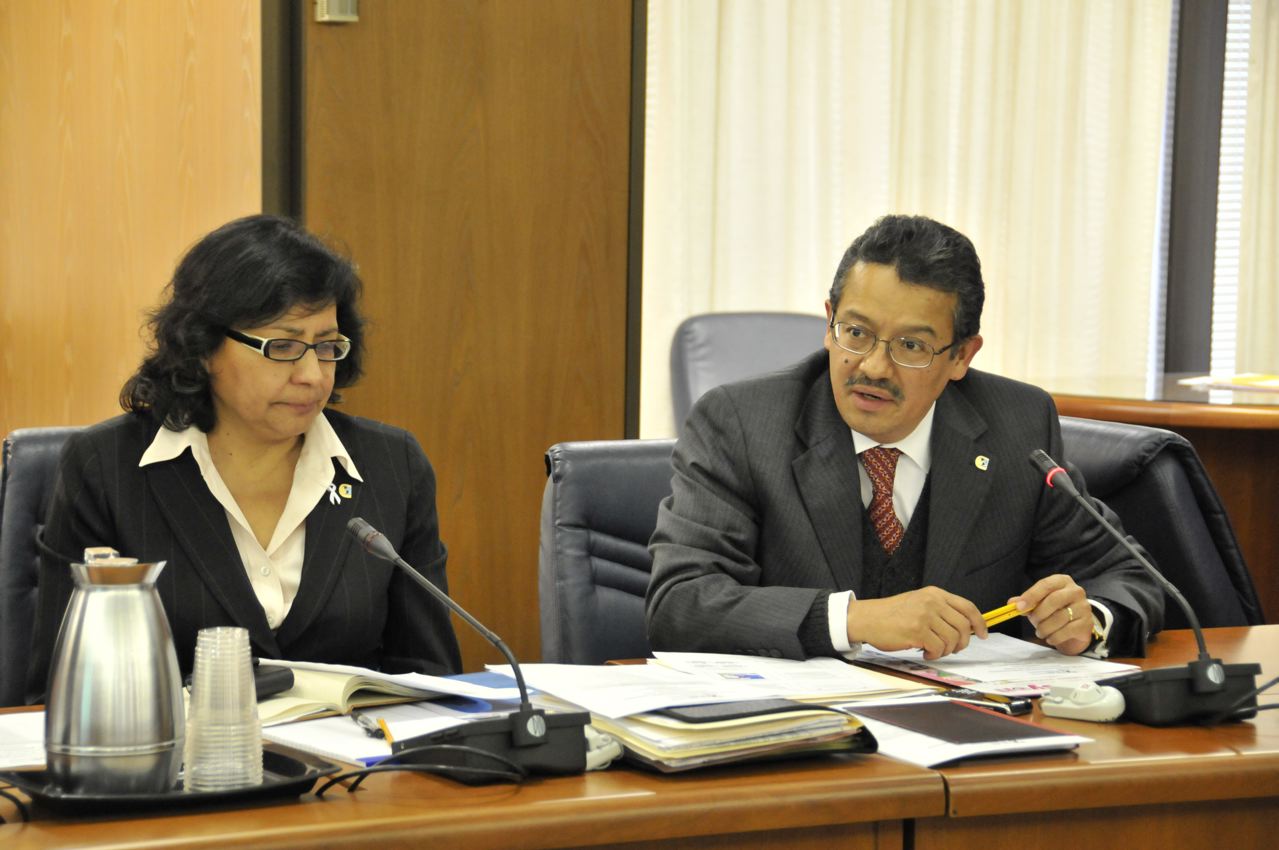 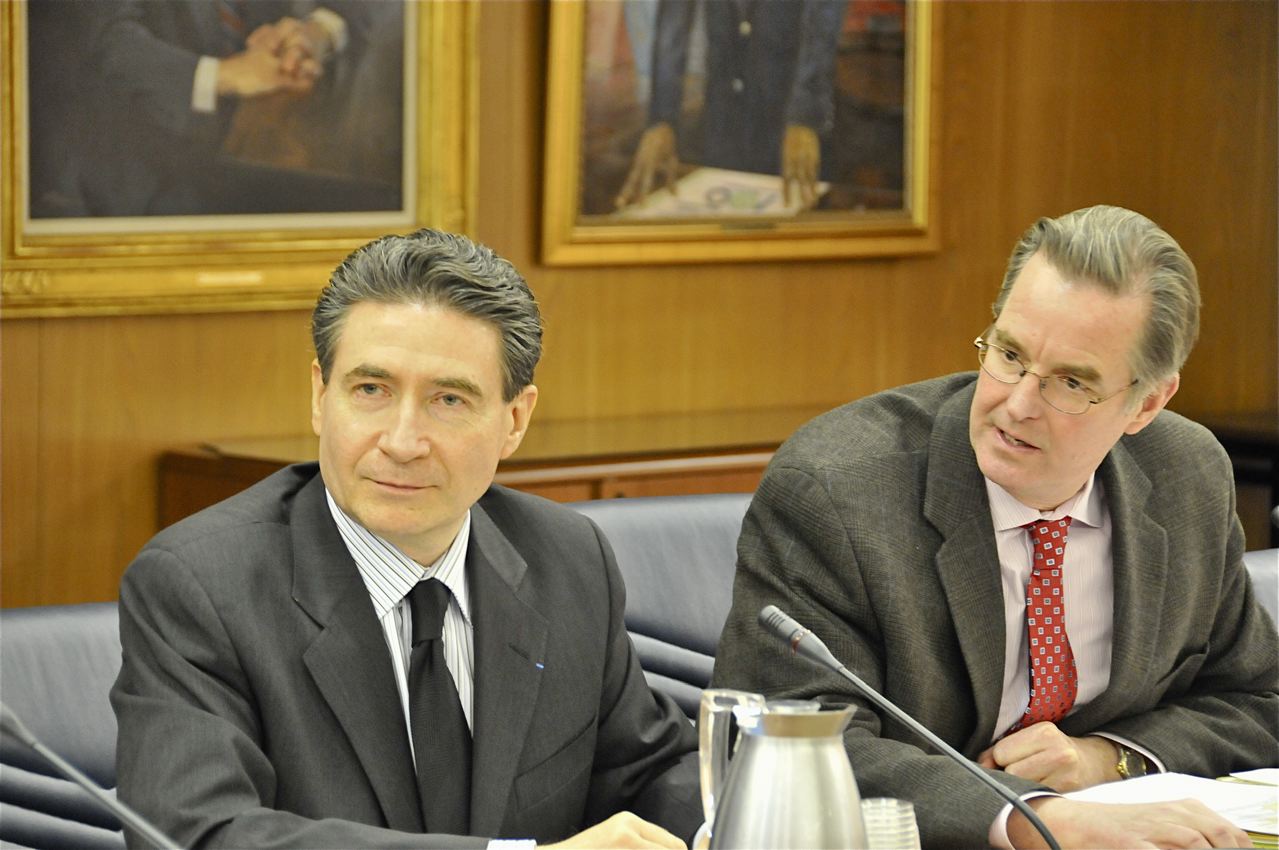 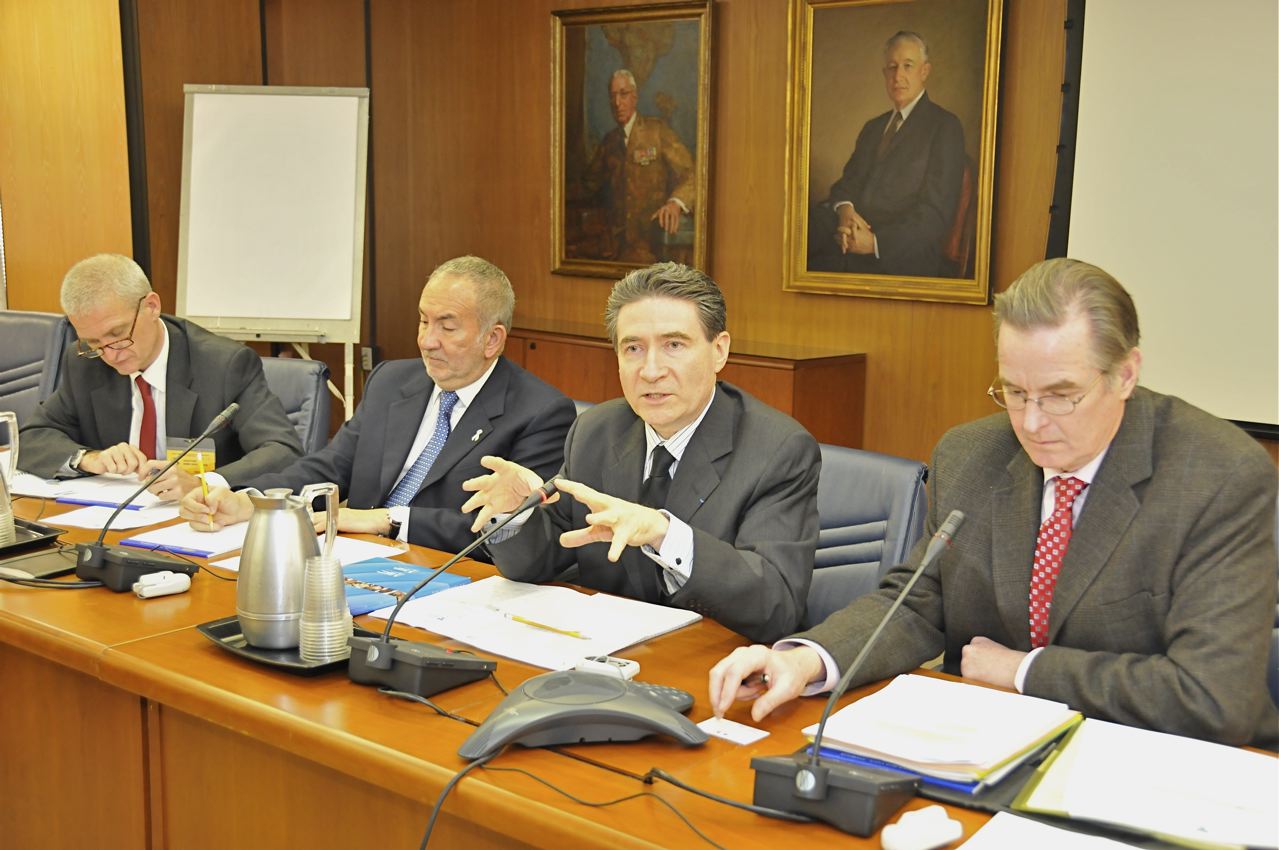 PAHO's disaster and essential medicines programs, for example, have provided critical help since the earthquake by ensuring the continued functioning of the PROMESS medical warehouse, which was one of the few sources of medicines and supplies that was not crippled by the earthquake. PAHO also provided crucial support for the Ministry of Health in its leadership of the U.N.-organized Health Cluster, which coordinated the efforts of hundreds of relief and voluntary organizations following the earthquake and, more recently, the cholera epidemic. PAHO's support is now transitioning with Haiti from the emergency phase to reconstruction.

Maternal health experts described two pioneering PAHO-supported efforts to provide free obstetric and child care in Haiti, known respectively as SOG and SIG. The programs offer a package of primary health care services that are delivered through a combination of private, nonprofit, and public providers in integrated networks, using standardized protocols and with performance-based contracting. The program has made health care much more widely available for women and children and is providing a model for further expansion of care to other population groups.

For PAHO's communicable diseases program, Haiti's cholera outbreak presented enormous challenges. The epidemic broke out suddenly and spread rapidly, outpacing the country's ability to respond, despite the presence of many NGO, bilateral and multilateral partners in the health and sanitation sectors. PAHO's efforts during the outbreak have been focused on reducing deaths through prompt treatment, monitoring and controlling the spread of the epidemic, promoting safe handling of bodies and proper waste disposal in hospitals, and ensuring availability and distribution of cholera medicines and supplies.

In immunization, PAHO is supporting Haiti's efforts to eliminate tetanus and neonatal tetanus and to maintain the elimination of polio and measles through routine immunization, while also planning for the introduction of new vaccines, including pneumococcal, rotavirus and hepatitis B. Main challenges include expanding coverage, strengthening surveillance, and achieving sustainability of vaccine financing.

"I know that what has been done by PAHO and health officials in Haiti has been very important," said Ambassador Guignard following the briefing. "One of the key elements of Haiti's reconstruction is that all the countries of the hemisphere are participating in it, and PAHO is central to those efforts."