Washington, D.C., 21 November, 2012 (PAHO/WHO) — The countries of the Americas have made significant progress in reducing the burden of neglected tropical diseases (NTDs) through Pan American action that uses an integrated approach, a top Pan American Health Organization/World Health Organization (PAHO/WHO) official told NTD experts from around the world at a meeting on NTDs at the World Bank in Washington, D.C. 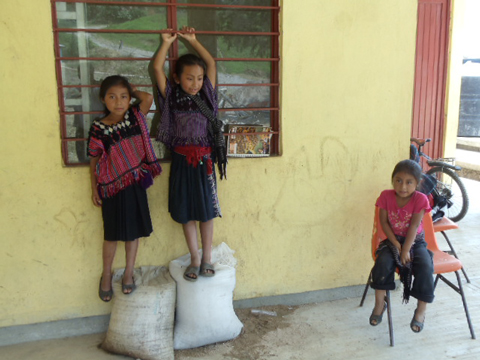 Andrus described successes achieved in the Americas recent years against leprosy, Chagas disease, onchocerciasis ("river blindness"), lymphatic filariasis, and other NTDs that disproportionately affect poor and vulnerable population groups. He praised the work of partners including the Global Network for Neglected Tropical Diseases (an initiative of Sabin Vaccine Institute), the Inter-American Development Bank, and pharmaceutical companies such as Merck, which donates its drug ivermectin for treatment of onchocerciasis and for prevention of lymphatic filariasis.

"PAHO and its partners are promoting an integrated approach across all sectors—an all-of-society approach—supporting the development of integrated plans of action involving all the key partners," he noted.

Among the regional achievements cited by Andrus are:


Andrus also noted, "Despite all this success, so much more needs to be done, especially in the context of social determinants of health and climate change. For example, we still have 6000 cases of Chagas disease every year we need to prevent most of which occur in vulnerable, poor populations."

Andrus also described an important new initiative to eliminate cholera from the island of Hispaniola over the next 10-15 years. Launched earlier this year by the governments of Haiti and the Dominican Republic with support from PAHO, UNICEF, the U.S. Centers for Disease Control and Prevention (CDC) and other partners, the effort promotes improvements in water and sanitation infrastructure, coupled with an integrated preventive approach that incorporates newly available technologies, including cholera vaccines.Andrus said that partnerships such as these are crucial for success in fighting NTDs.

"Neither the countries, the endemic communities, nor PAHO/WHO and its partners can do this important work alone," said Dr. Andrus. "The partners gathered in this room—the pharmaceutical companies and other private-sector entities, the foundations, the bilateral agencies and multilateral organizations, international banks, the NGOs and faith-based groups—all must work together to make this possible. It has to be done through well-coordinated partnership."

PAHO, which celebrates its 110th anniversary this year, is the oldest international public health organization in the world. It works with its member countries to improve the health and the quality of life of the people of the Americas. It also serves as the Regional Office for the Americas of WHO.