Geneva, Switzerland, May 20th 2013 (PAHO/WHO) — Reducing the burden of viral hepatitis will require a strong commitment on the part of countries and partner organizations and an integrated approach to the disease, said international experts meeting at a special May 20 event on Viral hepatitis: facing the challenge of the 21st century. The event was held in parallel to this week's World Health Assembly, on 20-28 May, in Geneva.

Brazil's delegation, which organized the event, announced that it will promote a resolution endorsing an integrated approach to reduce the cases of hepatitis globally. Vice Minister of Health Jarbas Barbosa said the resolution will be presented to the 2014 World Health Assembly. 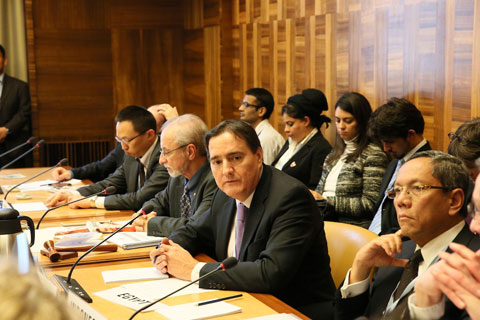 Brazil's own national hepatitis strategy was developed originally as part of efforts to address HIV/AIDS. An estimated 1.3 million people in Brazil have hepatitis——more than the number who have HIV, according to Dirceu Greco, director of the department in charge of hepatitis and HIV at Brazil's Ministry of Health. He said work is in progress on different strategies, including vaccination and rapid diagnosis of HIV and hepatitis B and C.

Greco said current challenges include achieving universal use of the hepatitis A vaccine and wider administration of the hepatitis B vaccine, especially to a broader age range. He said the commitment of governments, civil society, and academia, as well as universal health coverage, is crucial to successful implementation of strategies against the disease.

The director of the Pan American Health Organization (PAHO), Carissa F. Etienne, said that a disproportionate number of infections are associated with poor access to prevention, diagnosis, and treatment services, in particular among low-income populations. She noted that the countries of the Americas are developing a regional strategy to address the disease. 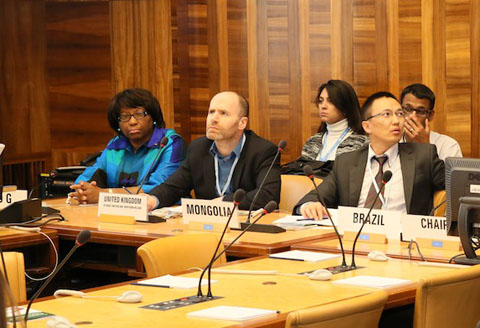 WHO Assistant Director Keiji Fukuda said hepatitis is "a massive but in some ways invisible problem," because of difficulties in detecting the disease. Vaccination against hepatitis B is critical to reduce the number of cases, he said, adding that the combined support of countries and organizations is needed.

Scotland, Mongolia, Indonesia, and Egypt are all currently implementing strategies to reduce the burden of hepatitis.

Hepatitis often fails to receive the attention it deserves, even though it causes more deaths than HIV, said Charles Gore, president of the World Hepatitis Alliance. He called on governments to work harder and with greater commitment on this issue.

Viral hepatitis is an inflammation of the liver caused by one of five viruses known as A, B, C, D, and E, which can cause disease, chronic disability, and even death. Hepatitis A and E are transmitted mainly by ingestion of contaminated food or water. Types B, C, and D are transmitted mainly through the blood and body fluids, including unsafe sexual practices.