PAHO/WHO urges total bans on tobacco advertising, promotion and sponsorship in the Americas

Only five countries in the Americas have total bans on tobacco advertising, promotion and sponsorship. The first to implement such a ban was Panama (in 2008), followed by Colombia (2009), Brazil (2011, but regulations are pending), Chile (2013) and Suriname (in June 2013). Seven other countries in the region (Argentina, Canada, Costa Rica, Ecuador, El Salvador, Mexico and Uruguay) have broad restrictions, and the rest have minimal or no restrictions at all.

During a panel discussion, PAHO Assistant Director José Teruel described the history of tobacco advertising and the growing efforts to counter its effects.  "This is a fight that has to be fought by everyone who is committed to public health, to better health for the population, against an industry that continues to advertise," he said.

In countries that have introduced total bans on tobacco advertising, promotion and sponsorship, tobacco consumption has declined an average 7%.

"Much of tobacco advertising is aimed at the psychological needs of adolescents, such as popularity, peer acceptance and positive self-image," said Adriana Blanco, PAHO/WHO regional advisor on tobacco. Such advertising "creates a false perception in them that smoking satisfied those needs."

Blanco said that tobacco companies also use tactics such as brand licensing, product placement in movies, and covert use of social networks to promote their brands. "Legislation must be very strict, because the industry looks for ways to get around it."

The Framework Convention on Tobacco Control (FCTC), which has been ratified by 29 of 35 countries in the Americas, commits signatory countries to adopt complete bans on tobacco advertising, promotion and sponsorship within five years of the convention's entry into force in each country. By the end of 2013, around 20 countries in the Americas will have passed the deadline for complying with this provision.

Lorena Calderón, a lawyer on the tobacco control team in Colombia's Ministry of Health, described her country's pioneering experience in banning tobacco advertising, promotion and sponsorship.

In 2009, Colombia became the second country in the Americas—after Panama—to totally ban tobacco advertising, promotion and sponsorship. "One of the biggest changes was modifying the name of a soccer tournament, which had been named after a cigarette brand," said Calderón.

She described the process of harmonizing Colombia law with the provisions of the FCTC as well as the successful defense against court challenges to prohibitions of sales of individual cigarettes and the total ban on tobacco advertising, promotion and sponsorship. The courts had to weigh issues including the need for public health action to protect the population's right to health and the free enterprise rights of the tobacco industry.

"Production, marketing and distribution are business processes that are allowed by the state as long as they are for a legal product," said Calderón. Nevertheless, because of tobacco's harmful health effects, the state can enact legislation that restricts advertising of the product. "Tobacco products and their derivatives are different from other goods and services in that they are intrinsically harmful to health of those who consume them and for the environment," said Calderón. 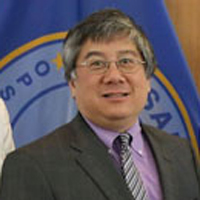 Canadian professor Geoffrey Fong, creator of the International Tobacco Control Policy Evaluation Project (the ITC Project), was one of six winners of this year's WHO tobacco control awards.

Fong expressed thanks for the award on behalf of the researchers who have been working on the ITC Project for the past 10 years. He said their research shows that countries continue to face major challenges in tobacco control. "A new study on Brazil shows that smokers and nonsmokers still receive strong messages about tobacco products, something very disturbing given the efforts Brazil has been making for years to stop this." 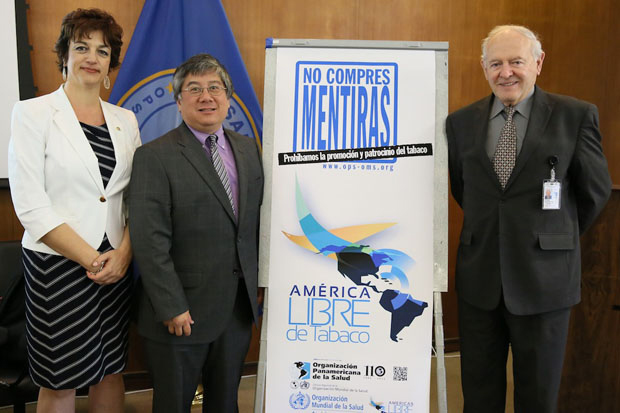 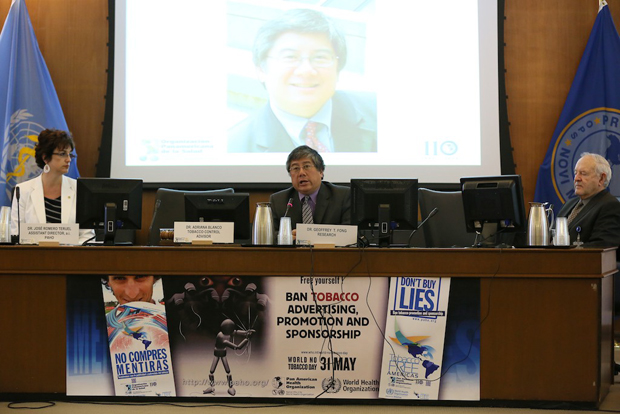 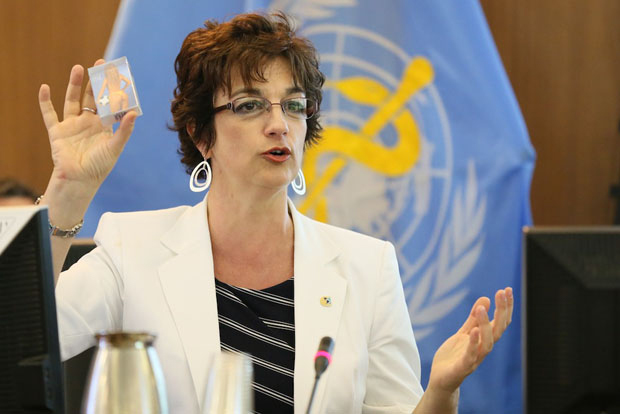 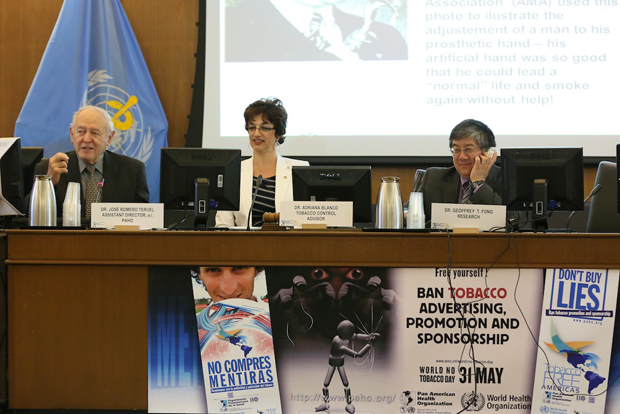 Tobacco is the only legal consumer product that kills when used exactly as intended by the manufacturer. Half of smokers will die from a disease caused by tobacco, and on average will lose 10 years of life.

Uruguayan soccer star Diego Forlán is the campaign's spokesman and appears in a series of posters, public service announcements and other communication materials.