These are some of the many benefits afforded by breastfeeding - to the baby, mother and community. 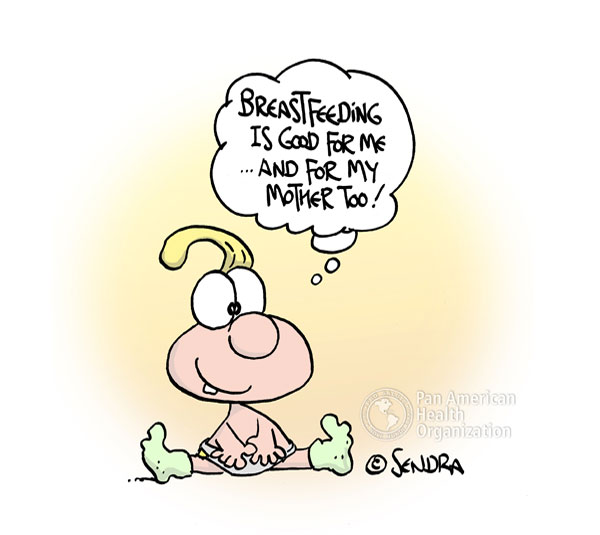 Breast milk is full of immunoglobulins that protect babies against pneumonia, diarrhea, ear infections, asthma, and other conditions.  Breastfeeding immediately after birth is important because newborns have immature immune systems.  This is why breastfeeding is also called "the first vaccine".

The risk to die in the first month of life is 20% smaller in babies who are breastfed in the first hour of life. Newborns have very immature immune systems and are highly vulnerable.  Breast-milk offers immediate protection as well as immune stimulation. During the first month of life, non-breastfed babies are six times more likely to die compared to those breastfeed; between 9 and 11 months those not breastfed are 30% more likely to die. Suboptimum breastfeeding is estimated to cause 11.6% (804,000) of all deaths among infants in 2011.

One study found that for every 1,000 babies not breastfed, there were 2,033 extra physician visits, 212 extra hospitalization days, and 609 extra prescriptions for three illnesses alone - ear, respiratory, and gastrointestinal infection. In the United States alone, if 90% of mothers exclusively breastfed for 6 months, $13 billion a year in pediatric health care costs would be saved and more than 900 deaths would be prevented.

Longer breastfeeding may reduce the risk of overweight and obesity by about 12%, helping fight the serious chronic diseases associated with these conditions.

Adolescents and adults who were breastfed as children score 2 to 5 points higher on cognitive development scores than children who were not. Breastfeeding is also associated with higher educational achievement. Exclusive breastfeeding for 6 months compared to 4 months improves babies' motor development.

Longer breastfeeding is associated with more sensitive maternal responsiveness and the emotional security that comes with attachment. 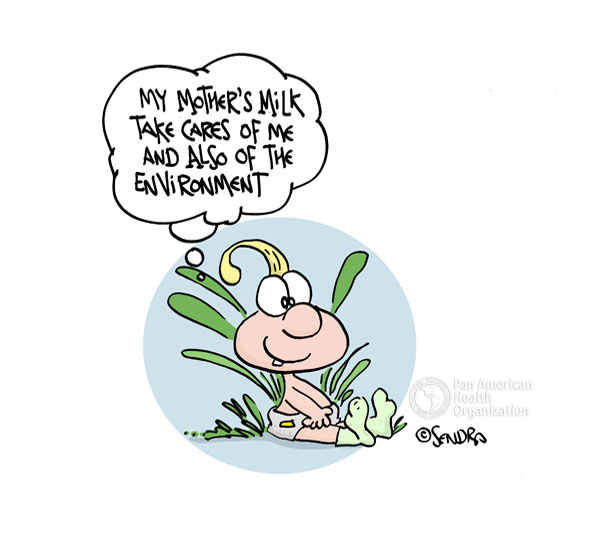 Breastfeeding is good for the environment

Human milk is a natural, renewable food that involves no packaging, transportation, or fuel to prepare. Every one million formula-fed babies consume 150 million containers of formula, many of which end up in landfills.

Breastfeeding is good for business

This is particularly important since women are the fastest growing segment of the workforce.  It reduces absenteeism and health care costs, improves employee retention, productivity and morale, and is good for public relations.  One-day absences to care for sick children occur more than twice as often for mothers of formula feeding infants.

Breastfeeding is good for the economy:

In the United States, if 90% of mothers were able to breastfeed for at least 1 year compared with the current rate of only 23%, a total of $17.4 billion in cost to society resulting from premature death, $733.7 million in direct and $126.1 million indirect morbidity costs resulting from excess cases of breast cancer, hypertension, and myocardial infarction would be averted.