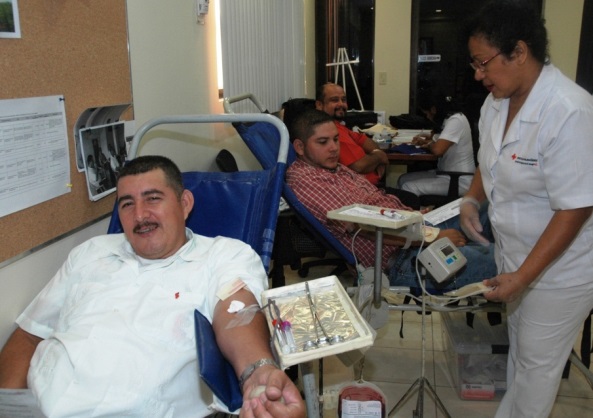 Denis Urbina, a driver, is much familiarized with the process of blood donation and its importance, as he has been saving lives for 20 years. He tells us proudly his altruistic work. He said that one day he was asked to go to the Nicaraguan Red Cross to take care of some tasks and while he was completing them, a woman reached out to him to ask him a favor, telling him that her family members was in the emergency room at Bertha Calderon and she needed blood.

Without a doubt, Denis, who is always willing to help the others and look for solutions, said yes. This was the start of his altruistic work, expressing that that day, when he gave the woman the evidence of his donation, he felt relieved to help her.

Donors such as Denis, who said he donates blood twice or three times a year, are examples of citizens who dedicate their lives to save lives. He says that if he were to encounter a similar situation that took him to start being a voluntary donor, he would do it with pleasure, as he is conscientious of the necessity and wants to take the opportunity to encourage young people to do it as well. 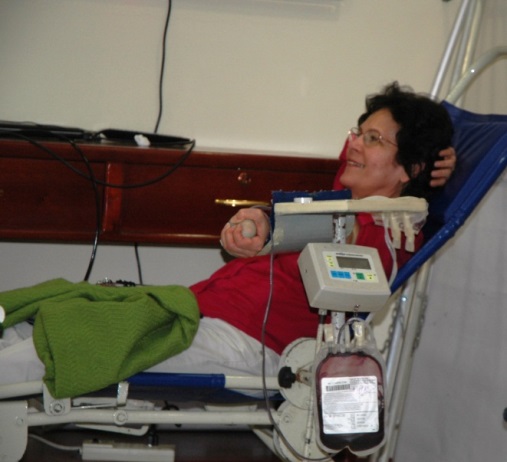 Maritza Romero, Family and community Health coordinator in PAHO Nicaragua, she is known by being cheerful and energetic. She tells us that approximately 11 years ago, she became a blood donor due to the circumstances when she was at PWR El Salvador. Dr. Romero decided to take the challenge, setting a goal of becoming a donor and promoter, trying, if possible to be able to carry out this laudable job often. Based on these arguments, she did her blood donation, and also encouraged her daughter to come with her to keep her company and to do the first blood donation together. "The seed had grown," because since that day, her daughter has continued to donate in order to help and support saving lives.

On the other hand, when she was relocated in Nicaragua, she was surprised by the fact that the country had achieved 100% in voluntary donations and taking advantage of this potential, she started promoting blood donation internally, being the first time that a PWR would start this initiative. She highlights that during this activity, something she loved was how her coworkers who could not donate blood, extended the invitation to their acquaintances, who responded positively.

Today, she has the duty of spreading the message of the importance of donating blood and she hopes to keep supporting and promoting this campaign to the best of her abilities. She thinks that if countries looked for a way to promote donation even more, it would be a channel to build a culture among young and adolescents, who are "agents" of change for the present and future. 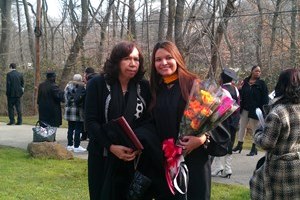 Iris Soveida Padilla is originally from Honduras. At 22 years old she was diagnosed with Medullary Aplasia for which she was repeatedly subjected to multiple transfusions; donors were family members (cousins, uncles, close friends, colleagues and unknown donors) thanks to these donations, Iris has survived.

In 1987 she became pregnant and at her third month of pregnancy she has to receive three blood transfusions every 20 to 25 days; after eight months of pregnancy, her child Milagros Alexandra was born on 17 June 1988 in Houston, Texas. At that moment Iris gave birth, she received large transfusions of red blood cells and platelets. After a month of her daughter's birth Iris relapsed and had to get more transfusions. Six months her daughter was born, Iris was, once more, subjected to the treatment in Houston.

Iris thanks God, her family and the multiple donations received when she most needed them. Thanks to these and other actions, she got her wish of seeing her daughter grown and graduated. 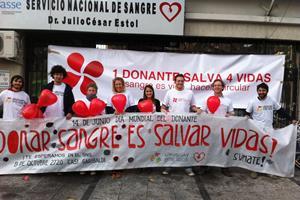 Gabriel Darricarte is 28 years old and is a general doctor. He has always felt the need to donate blood; the first time he had the opportunity to do this great act, he was at the hospital where he worked, where he was asked who he wanted to donate to and he said "whoever needs it the most" and he started his donation journey.

Gabriel and his groups of friends felt the need to do volunteer work around the country that was related to music, recreational activities, and blood donations. It is here where his alliance with the Uruguay's National Blood Service started, to promote voluntary blood donation, a crucial resource for the survival of some people.

Due to this alliance, both organizations have created and succeeded in various campaigns for blood donation in different parts of Uruguay and have been spread through different types of communication media and social media.