Enabling gender equality, economic growth and sustainable development through research for health: The case of the oral contraceptive pill 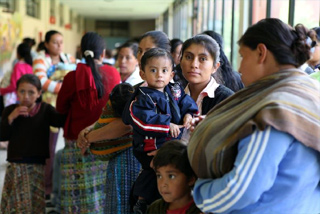 Almost 100 years ago activist Margaret Sanger opened the first family planning clinic in the Americas [1]. It would be a further 50 years before family planning was established as a social norm and we have the oral contraceptive pill, known simply as "the Pill", to thank for that. Described as an invention, "that defined the 20th century" [2], the pill has become one of the most widely used drugs in the world with almost 10% of all women aged 15-49 years who are married or in a union using it [3].

It had been known since the 1930s that progesterone arrested ovulation in laboratory animals but this was expensive and had to be given in high doses, unsuitable for routine use as a contraceptive [4] [5]. In Mexico, it was observed that women traditionally ate a Mexican wild yam root to prevent pregnancy which lead to the discovery that progestin could be synthesized, in vast quantities and with high potency, from yams [1] [4]. This innovation allowed researchers, namely Gregory Pincus and John Rock, to use these cheap synthetic analogues to develop and test early versions of the Pill [5].

Of course, the development of the Pill was not without controversy, ethical standards were questionable and doses were very high meaning that many trial participants suffered significant side effects [4]. In addition, contraception was considered at the time to be socially, religiously, legally and politically taboo. These obstacles were overcome as newly empowered women realized they finally had the means to plan their families and start careers [4]. The demand for family planning was growing and within 5 years of FDA approval one quarter of all married women under the age of 45 had used the Pill in the USA [1]. The family planning revolution had begun.

We have come a long way since pioneers such as Margaret Sanger were being arrested under "obscenity laws" for distributing contraceptive advice [6]. This is evidenced by the International Conference on Population and Development in Cairo in 1994 where 179 governments agreed that population and development are inextricably linked. The report states that advancement of gender equality and improvement of access to family planning should be embedded in population and development policies and this was echoed in the subsequent Beijing Declaration in 1995 [7]. 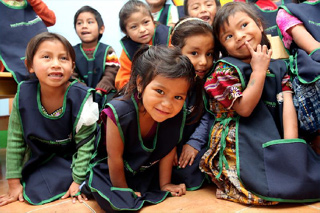 Today, modern contraceptive prevalence in North America is 69.8% in women of reproductive age that are married or in a union [3]. In Latin America prevalence is 66.6% which is higher than many low and middle income countries in other regions [3]. The benefits that have come from this dramatic increase in family planning over the last 50 years were unprecedented and extend far beyond the sphere of health. Not only does access to contraception save the lives of both mothers and babies, it benefits society as a whole in terms of the economy, education, equality and the environment [8].

Astonishingly, in Latin America alone it is estimated that 11,251 maternal deaths were averted by contraceptive use in 2008 [9]. This is achieved by reducing the number of high risk pregnancies that occur at: extremes of maternal age (&lt;18years or &gt;34years), high parities, short pregnancy intervals or that would have otherwise ended in unsafe abortions [10]. The benefits of hormonal contraceptives are known to extend beyond contraception alone and can be used to treat an array of menstrual disorders, reduce the need for hysterectomy and protect against ovarian and uterine cancers [11].

Birth spacing has been shown to majorly impact neonatal and infant mortality and morbidity. Globally, a child born within 2 years of its elder sibling is 60% more likely to die in infancy than when the birth interval is greater than 2 years [10]. It has been estimated that as much as 46% of infant mortality in "developing countries" could be prevented if births were spaced to 3 to 5 years [12].

The ability to plan families leads to female empowerment and the opportunity to participate in paid employment [13]. This is beneficial at a household, community and macroeconomic level [13]. The children of women who have access to family planning are healthier and better educated [13]. Access to family planning leads to slowed population growth in countries with rapidly growing populations [14] [15]. This more sustainable growth and eventual plateau means increased capacity for poverty reduction, preservation of natural resources and adaptation to the consequences of climate change at national and global level [8] [14] [16]. 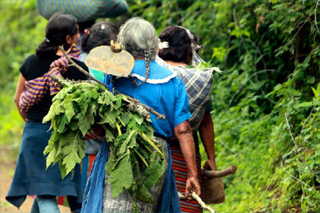 There are still many women without access to family planning and within Latin America there are wide regional disparities. The unmet need for contraception remains unacceptably high in Bolivia, Guyana and Guatemala where it is greater than 20% [3]. The Caribbean in particular lags behind the promising trends that have been seen in the rest of the region. It is estimated that the need for contraception will not be fully met there until 2039 if growth continues at its current rate [17]. It is imperative that PAHO continues to work with its collaborators in supporting countries to address this unmet need.

The story of the Pill perfectly demonstrates the value of research and innovation as a means to address inequalities and drive social and economic development. From its humble beginnings — a lone researcher emerging from the jungles of Mexico with bags of wild yam roots — the world as we know it and the role of women in society has changed immeasurably. 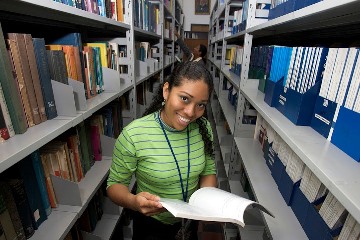