Geneva, 21 May 2014 (PAHO/WHO) - In June of this year, hundreds of thousands of soccer fans will arrive in Brazil for the 2014 FIFA World Cup games. Brazilian authorities have been preparing for the influx for several years, implementing measures to reduce the health risks of this mass event, said Jarbas Barbosa, Secretary of Health Surveillance of Brazil, during a briefing session this week at the 67th World Health Assembly. Read more in Spanish 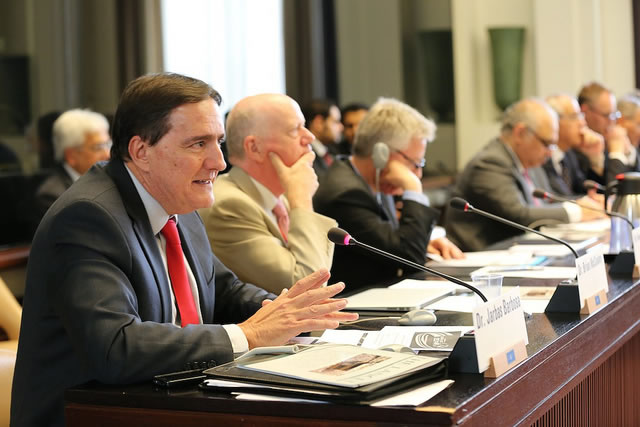