PAHO marks with great sadness the passing of Dr. Ciro de Quadros, a pioneering public health leader who played a pivotal role in polio eradication in the Americas and in strengthening immunization programs throughout the Western Hemisphere and beyond.

He died peacefully at home on May 28 in Washington, D.C., surrounded by his family. He was 74.

Just five weeks earlier, on April 25, Dr. de Quadros had been named a Public Health Hero of the Americas in recognition of his extraordinary public health leadership. "This is PAHO's highest distinction," said PAHO/WHO Director Carissa F. Etienne in presenting the award. "There is no one who deserves it more than our much-respected and much-loved colleague, Ciro. We at PAHO believe that no single person has done more to extend the benefits of immunization to people throughout the Americas." 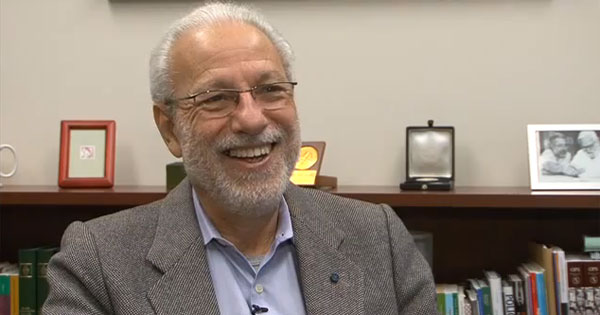 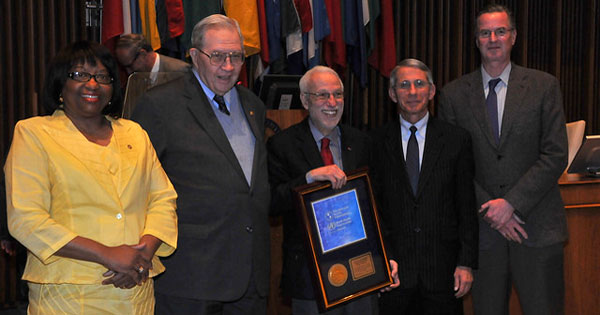 Dr. de Quadros's career coincided with and helped to accelerate the growing use of vaccines to save lives and eliminate diseases in the Americas and worldwide. He was a dedicated and rigorous practitioner of public health from his very first professional post—as chief medical officer in a remote town in the Brazilian Amazon—to his work on smallpox eradication in Brazil and Ethiopia and his immunization leadership at PAHO and later the Sabin Vaccine Institute.

"We feel great sorrow but also the deepest appreciation for his amazing and tireless commitment to the health of the peoples of the world, especially those children of the most vulnerable and underserved communities in the Americas and around the world," said PAHO Deputy Director Jon K. Andrus.

In the late 1970s, Dr. de Quadros founded the Expanded Program on Immunization (EPI) at PAHO, which helped countries of Latin America and the Caribbean provide vaccines to their populations that had previously been available only in wealthier countries.

In the early 1980s, he began advocating for the eradication of polio from the Americas, and in the next few years successfully mobilized support from other immunization experts, organizations and health authorities in PAHO Member States. "Many were skeptical, but you brought them along by the sheer force of your conviction and your proven competence," Dr. Etienne told him at the April 25 award presentation.

Dr. de Quadros also spearheaded the creation of the PAHO Revolving Fund for Vaccine Procurement, established in 1979 to allow countries to pool demand for vaccines and other supplies, achieving economies of scale and lower prices. He also instituted other practices that have since become institutionalized at PAHO and in regional public health action more generally, including horizontal (country-to-country) collaboration, rigorous evaluation, the use of technical advisory groups for peer discussion and review, and regular progress reports on regional strategies adopted by the PAHO Directing Council.

Dr. de Quadros's "leadership truly set the stage for PAHO's continued strength in immunization and, more important, for our region's success in maintaining immunization coverage rates that are the envy of other regions of the world," said Dr. Etienne.

"Ciro had vision, persistence, intellectual rigor and courage that were unequaled among his peers," said PAHO Deputy Director Andrus. "He was a role model for all of us, and he will be greatly missed."

At the time of his death, Dr. de Quadros was Executive Vice President of the Sabin Vaccine Institute, where for more than a decade he led advocacy efforts that encouraged low- and middle-income countries to prioritize and sustain financing for vaccine programs.

He was instrumental in developing and advancing the Global Vaccine Action Plan, a framework to prevent millions of deaths by 2020 through more equitable access to existing vaccines for people in all communities. The plan was endorsed by the 194 Member States of the World Health Assembly in May 2012.

When that endorsement was made, Dr. de Quadros, then co-chair of the Decade of Vaccines Collaboration's Steering Committee, which elaborated the plan, said, "While immunization already prevents millions of deaths and uncounted illness, we cannot rest until life-saving, cost-effective vaccine technology reaches people in every community and every country through this global plan."