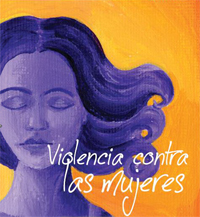 Washington, DC, September 30, 2014 (PAHO / WHO) — The health sector should play an important role in preventing and responding to violence against women and children, agreed experts at the Pan American Health Organization/World Health Organization Health Organization (PAHO/WHO) and representatives of governments of the Americas today while participating in an event organized as part of the 53rd Directing Council of PAHO agreed today.

One in three women will experience physical or sexual violence by a partner or sexual violence by a non-partner during their lifetime, while 38% of murders of women around the world are committed by a current or former partner, said PAHO Director Carissa F. Etienne, during her opening remarks of the "Violence against women: from evidence to action" event.

This results not only in physical injury or death, but also has an under-recognized impact in the health of women and children, such as mental health illnesses, substance abuse and unwanted pregnancies.

"This is a major problem with many health implications," said PAHO's Director. "The health sector has a role to play in both prevention and response." She added that this issue requires a response from various sectors, not just the health sector. She called for an end of violence against women and children and for a need to take the necessary action to do so. 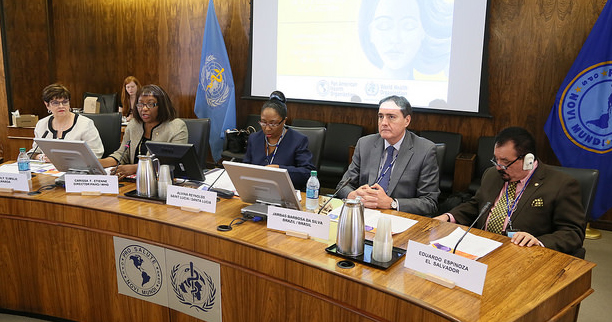 Violence against women and children is not only a violation of human rights, but also a serious public health problem that deserves special attention, said Alessandra Guedes, regional advisor on family violence at PAHO/WHO, particularly because it can be seen as socially acceptable or a private affair, lacks robust criminal sanctions and is unreported. Furthermore, evidence shows the cyclical nature of violence against women and children, where children who witness are at greater risk for perpetrating  violence or being victims later in life.

However, there are some specific actions the health sector can take to contribute to violence prevention and response; for example, collecting data on prevalence and the use of public health strategies to change social norms. Additionally, comprehensive care for survivors of domestic violence and referring survivors to legal services  and social support can help in the health sector's response.

Brazil, Canada and El Salvador presented specific actions they are taking to address this issue.

Jarbas Barbosa, Vice Minister of Health Surveillance of Brazil, explained how the health sector in his country was taking a stronger role in responding to violence against women. He highlighted the various standards that have been adopted over the last ten years and how the public health approach, with emphasis on the training of health personnel, as well as work with other sectors, has strengthened the response.

Kimberly Elmslie, Assistant Deputy Minister, Health Promotion and Chronic Disease Prevention Branch, Public Health Agency of Canada, spoke about how her country has strengthened the training of health professionals with information and tools to give more effective support to women and children survivors of violencet.

Eduardo Antonio Espinoza Fiallos, Deputy Minister for Health Policy of the Ministry of Health of El Salvador, spoke about inequities and their impact on violence against women and children. Alvina Bertram Reynolds, Minister for Health, Wellness, Human Services and Gender Relations, Saint Lucia, moderated the panel.

Link to event website with graphics and fact sheet

You can see and hear the whole event