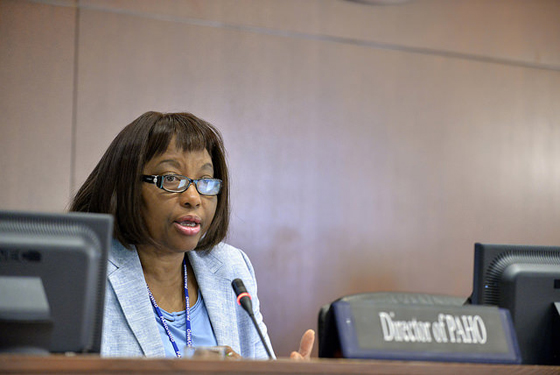 Ebola virus disease has sickened more than 5,800 people in Guinea, Liberia, and Sierra Leone as of  22 September, and of these, more than 2,800 have died according to data from the countries. As of early September, Nigeria (20 cases with 8 deaths), and Senegal (1 case) were also reporting cases. The Democratic Republic of the Congo is dealing with an outbreak (68 cases with 41 deaths) unrelated to that of the other five countries. To date, no cases of the disease have been reported in the Americas (except those evacuated for treatment).

Dr. Etienne noted that the virus is spreading exponentially, with half the total cases having appeared in the last three weeks. Her briefing came just days after the United Nations Security Council declared Ebola "a threat to international peace and security." The United Nations has established a UN Mission for Ebola Emergency Response (UNMEER) to coordinate humanitarian assistance.

Dr. Etienne said that a multilateral response is necessary to stop the virus, welcoming the support of countries in the Americas including the United States, Canada, and Cuba, which have pledged financial and humanitarian resources as well as health personnel to contain the disease and slow its spread.

Dr. Marcos Espinal, Director of PAHO/WHO's Department of Communicable Diseases and Health Analysis, said PAHO is helping its member countries prepare for the potential introduction of the virus into the Americas. On 8 August, WHO declared the epidemic a "public health emergency of international concern." 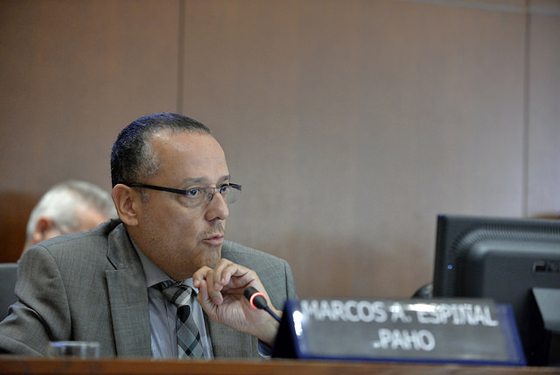 Dr. Espinal underscored the need for strong national leadership, not only on the part of ministries of health but also on the part of other sectors. He said such leadership is necessary to prevent the introduction of the virus and, if it were to be imported, to ensure countries are able to contain its transmission. He noted that Nigeria and Senegal have successfully done this.

PAHO/WHO has established a high-level Ebola team, is disseminating clinical guidelines, and is procuring personal protective equipment and other support for missions to the affected countries by PAHO/WHO staff and, more recently, Cuban health professionals.

PAHO/WHO is recommending that its member countries in the Americas ensure their capacity to:

With regard to the Chikungunya virus, PAHO Director Dr. Etienne noted that the epidemic is expanding very rapidly in the Americas. The first cases appeared in the Caribbean in December 2013, and since then the virus has sickened more than 700,000 people.

Symptoms of chikungunya include high fever, headache, and joint and muscle pain, appearing some 3 to 7 days after the bite of an infected mosquito. The disease is rarely fatal, but for some patients, joint pain can last for months or even years.

Dr. Espinal noted that the virus has had a major impact because it is the first time people in the Americas have come in contact with the disease, so the population lacks immunity to it. However, mortality from chikungunya is very low, and the deaths that have occurred (113 people to date) have been among the elderly or people with other health conditions.

Dr. Etienne noted that chikungunya is transmitted by the Aedes aegypti mosquito, which also transmits dengue and is present in many countries of the America.

Dr. Etienne urged countries to work to reduce mosquito breeding sites in and around homes and mobilize a multisectoral response to combat the virus, which she said she expected to become endemic in the Americas.