The birth of cancer chemotherapy: accident and research

As with many discoveries in science, chance and coincidence have favored innovation in the creation of new medications or treatments. The origins of the first effective chemotherapy for cancer relied both on rigorous research but also on accidental findings during World War I (WWI) when mustard gas was used as a weapon. Until then, most treatments for advanced cancer were ineffective [1]. 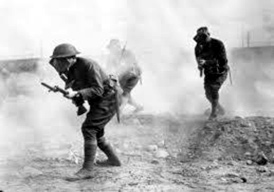 Mustard gas is a vesicant chemical warfare agent synthesized by Frederick Guthrie in 1860 [2]. It was widely used as a weapon during WWI by both sides of the conflict with particularly harmful and deadly effects. It was responsible for 1,205,655 non-fatal casualties and 91,198 deaths [3]. The toxicity of this agent is dose-dependent [4]. The effects range from minor symptoms such as skin irritation and conjunctivitis to severe lung damage when inhaled. Sulfur mustard can also have chronic sequelae: surviving victims might exhibit nausea, vomiting, alopecia and increased vulnerability to infection. These symptoms are the result of the poison acting as an alkylating agent: it damages the DNA, a vital component of cells in the body, resulting in a decreased formation of blood cells (aplastic anemia) or a decreased red or white blood cells and platelets (pancytopenia) [5]. The bone-marrow and the gastrointestinal tract were the organs mainly affected by the chronic exposure to sulfur mustard. Despite the horrific use of mustard gas during WWI, there was a silver lining: the discovery of the first modern chemotherapeutic agent, based on observations from WWI survivors exposed to mustard gas.

Research to practice: How the first chemotherapeutic agents were identified

The effects of mustard gas on blood cells and bone marrow were first reported by Dr Eward Krumbhaar in 1919 after treating exposed patients in France [6]. He noticed that even if the early clinical course of these patients was accompanied by an increase in the total number of white blood cells, those individuals who survived for several days developed a profound decrease in blood cells. During WWII, the US Office of Scientific Research and Development (OSRD) funded Yale University to conduct chemical welfare research in secrecy [2]. The research team was led by Dr Alfred Gilman, a pharmacologist and Dr Louis Goodman, a physician and pharmacologist. Their studies supported the previous observations of leukopenia (low white blood cell count) by demonstrating that lymphomas in experimental animals dramatically decreased in size when exposed to mustard gas [7].

However, what brought the medical community's attention to the Yale group's studies and really launched the era of cancer chemotherapy was a WWII mustard gas incident. Humans were accidentally exposed to mustard gas during the bombardment of the Italian town of Bari on December 2, 1943 [2]. The SS John Harvey, a Liberty ship which was stationed on Italy's Bari harbor had a stockpile of 100 tons of mustard gas [4]. As a result of the bombardments of that night, seventeen ships sank, including the SS John Harvey thus emitting the stockpile of mustard gas. Nobody aboard the SS John Harvey survived and as a consequence the townspeople of Bari did not know they were under mustard gas intoxication. In the days and weeks following this catastrophe, the other military and civilian victims from the accident began to develop the familiar signs of mustard gas exposure. Lieutenant Colonel Stewart F Alexander, an American physician trained in chemical warfare confirmed the exposure to mustard gas, based on autopsies of the victims that had profound medullar damage, particularly a low white blood cell count [4]. 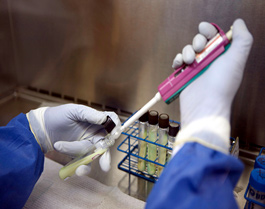 The first clinical trial investigating the use of mustard gas was conducted by Louis Goodman and Alfred Gilman in 1942, just before the events at Bari [9]. The clinical trial involved a patient identified as JD [10] diagnosed with advanced lymphosarcoma who received the first therapeutic trial with nitrogen mustard in low doses (Ten doses of 0.1 to 1.0 mg/kg intravenously). To everyone's amazement, the tumor regressed considerably but the effects were not permanent.

In 1946, all the results and findings were published and more research was conducted on chemical agents like nitrogen mustard giving rise to the first alkylating agents such as mechloretamine [10]. This also motivated other cancer research such as the study on folic acid that gave rise to methotrexate [11]. These events changed the perception of cancer therapy. In the late 1960s, with the introduction of combination of chemotherapy agents like nitrogen mustard, vincristine, methotrexate and prednisone (MOMP protocol) more and more patients had longer remission from cancer, allowing it to be conceived as a curable disease, particularly for diseases like lymphomas and leukemia [11]. 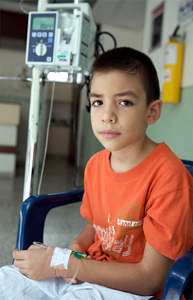 What's next? What more can be done for cancer control

Since the 1970s, overall death rates from cancer have declined in the USA [12]. The five year survival rate for all cancer diagnosed between 1999 and 2005 was 68%, a substantial increase from the 50% reported in 1975 and 1977 [10]. Despite the improvements in cancer treatment, this condition still constitutes an important burden for health systems, particularly in low and middle income countries where the cancer burden is increasing. Every year almost 12.7 million new cancer cases are diagnosed globally and in the region of Latin America and the Caribbean, cancer is the second leading cause of death and responsible for approximately 2.5 million new cases and 1.2 million deaths [13]. In low and middle income countries the main challenges for cancer control are poorer access to cancer screening and treatment and as a consequence presentation at more advances stages, when they are less amenable to cure.

Even if the mustard gas accidents of Bari were the pivotal events that launched the research for cancer chemotherapy, nowadays more research must be done not only to encourage individuals to adopt healthy behaviors to prevent cancer, but also to develop more effective screening methods to detect cancer at earlier stages and also to orient national health systems to make affordable and effective cancer treatments available to everybody.

[2] G. Faguet, The War on Cancer: An Anatomy of Failure, a Blueprint for the Future, Dordrecht, Netherlands: Springer press, 2005.