Decrease in the time required for the adoption of technologies

Contributed by Felipe Mejia Medina, Member of the IS4H Team and network of experts

The emergence of the covid-19 pandemic has shown the benefits that having the appropriate information and communication technologies, as well as the knowledge and training to use them, can have for public health and for individuals. However, in order to take advantage of the great potential that digital health has in the Americas region, and with the aim of leaving no one behind and thus reducing the digital divide, access to and adoption of various ICTs is essential. 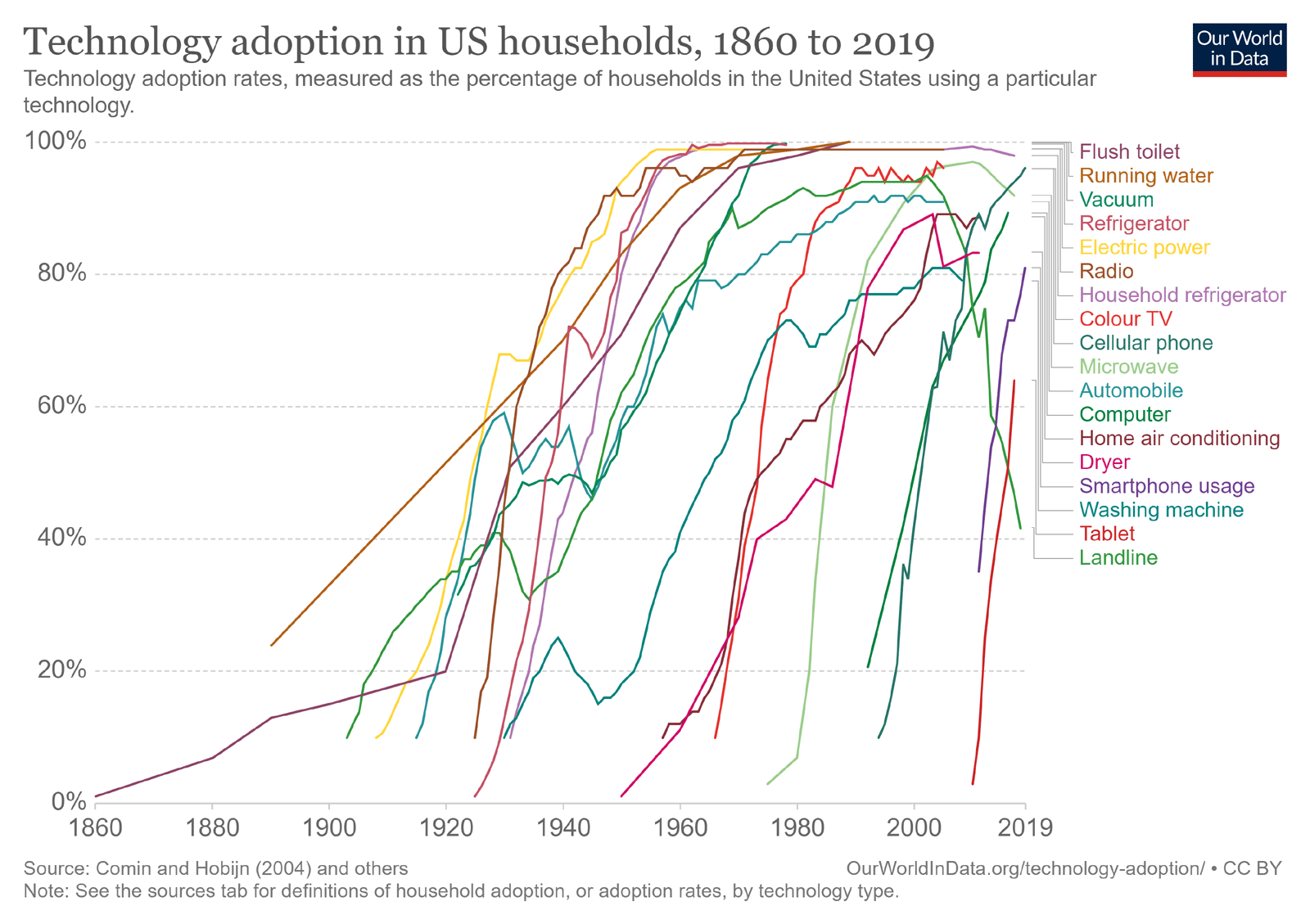 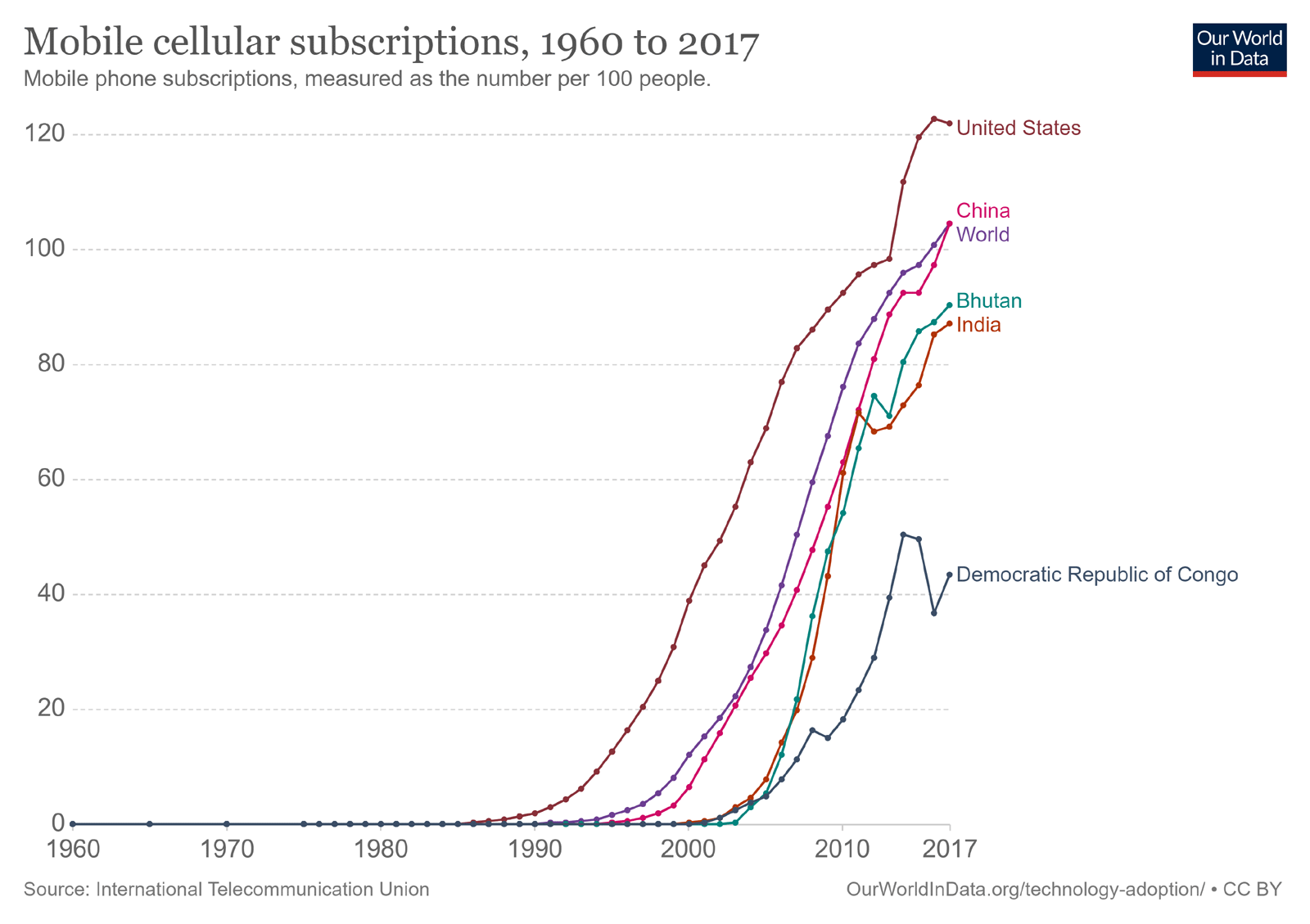 We could then ask ourselves; how long would it take to close that gap? This is difficult to answer because it depends largely on the particular situation of each region, but we can take as a reference the times of adoption of other technologies that, at the time, have been key in the fight against economic inequality and inequities in Health.

Figure 3iii shows us, for the United States, the adoption of various technologies between 1860 and 2019. 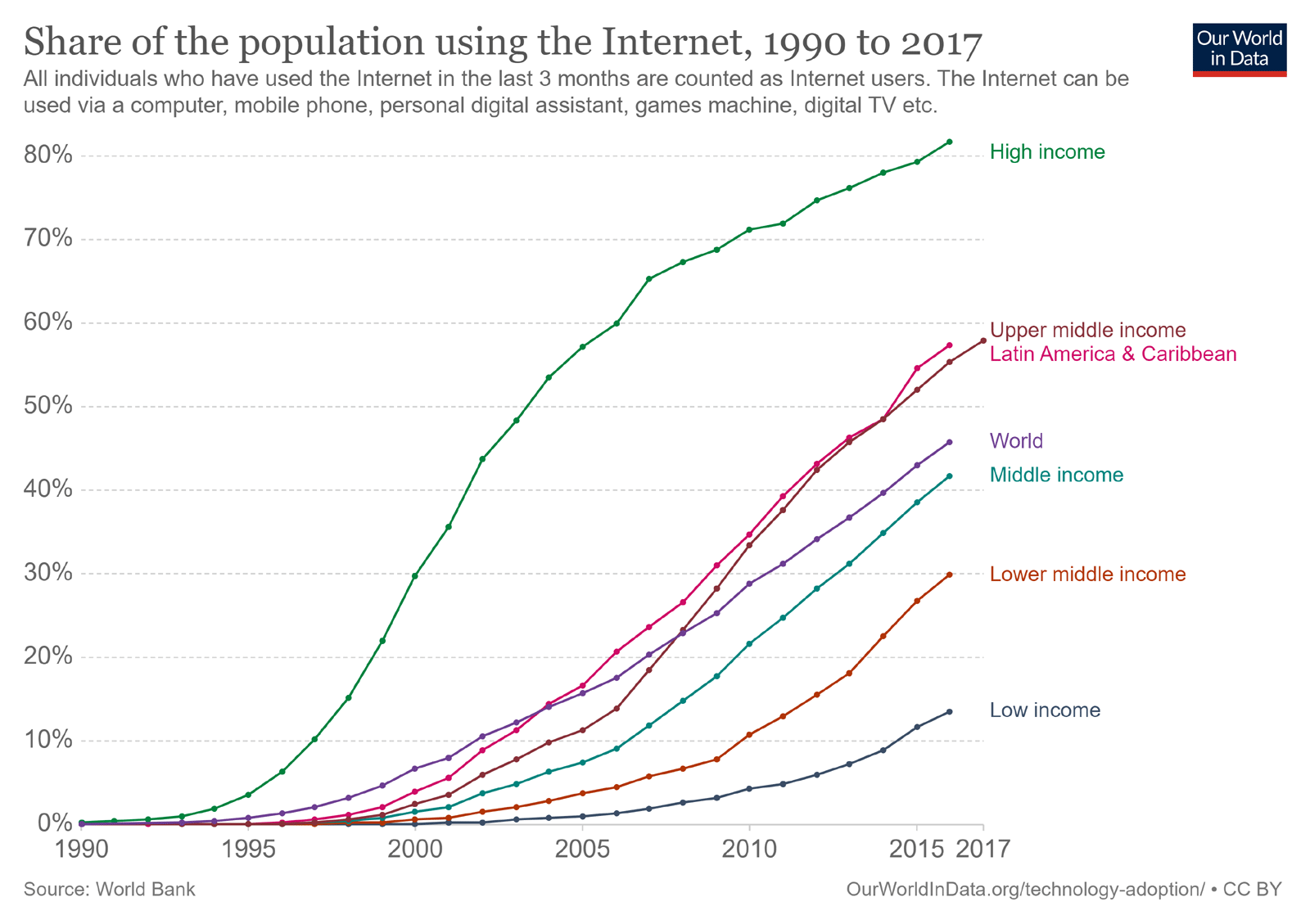 We see that it was required:

The foregoing shows us that the time required for a majority adoption of technologies has been shortened over time. At least as far as the United States is concerned, but presumably there should be a similar behavior, perhaps not with the same level of acceleration, in the rest of the world.

This suggests that bridging the current digital divide, in terms of access to the latest ICTs, should take significantly less time than was required for, for example, radio or electricity.

This, of course, depends largely on the particular social, political, economic and cultural circumstances of each country and region.