Chagas disease is a parasitic, systemic, and chronic disease caused by the protozoan Trypanosoma cruzi, with risk factors strongly link to low socioeconomic factors. Chagas disease is considered a neglected tropical disease. It is endemic in 21 countries in the Americas, although the migration of infected people can transport the disease to non-endemic countries of America and the world.

T. cruzi parasites are mainly transmitted to human by the infected feces of blood-sucking triatomine bugs, known as the "kissing bug". T. cruzi can infect several species of the triatomine bug, the majority of which are found in the Americas. A person becomes exposed when the infected insect deposit its feces in the person's skin when he or she is sleeping during the night. The person will scratch the infected area, unintentionally introducing the insect's feces in in the wounds of the skin, the eyes, or the mouth. Other modes of transmission are through blood transfusion, congenital, and organ transplants. With an annual incidence of 28,000 cases in the region of the Americas, Chagas disease affects approximately 6 to 8 million people and causes on average, about 12,000 deaths per year. Although mortality has significantly declined, the disease can cause irreversible and chronic consequences on the heart, digestive system, and nervous system. An estimated 65 million people in the Americas live in areas of exposure and are at risk of contracting this disease. More information 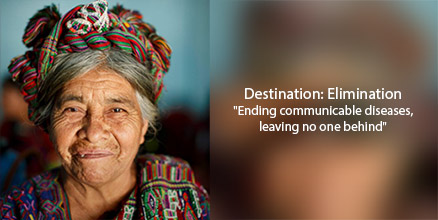 Destination: Elimination "Ending Communicable Diseases, leaving no one behind" 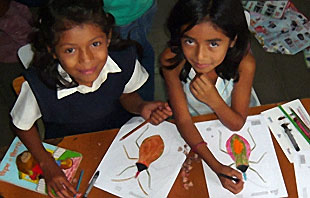