Telemedicine and Telehealth embedded in the digital health ecosystem

Telemedicine and telehealth have definitely entered the global agenda and gained great visibility with the advent of the COVID-19 pandemic. However, the WHO Resolution WHA58.28 dates from 2005, advocating e-Health to strengthen the health systems of its member countries.

At the beginning of the millennium, in 2003, telemedicine and telehealth projects were initiated between the European Union and Latin America: @lis Alliance for the Information Society Program, which highlights e-Mexico, T@lemed, eHAS Enlaces Hispano Americano de Salud , HCN Health Care Network and RedClara. RedClara (Latin American Cooperation for Advanced Networks) is the fiber optic network dedicated to teaching and research connecting academic networks in LA countries. E-Mexico advanced Mexico's National Telemedicine Program; T@lemed inspired the creation of the RUTE University Telemedicine Network under the coordination of the RNP National Education and Research Network, in Brazil, with resources from the Ministry of Science, Technology and Innovation (MCTI); eHas demonstrated viability in unpowered jungle communities; HCN inspired Tele Minas Saúde. These initiatives served as embryos and allowed research, innovation and health care groups to enter telemedicine and telehealth in a pioneering way.

As of 2006, the approximation in Brazil between RUTE, by the Ministry of Science, Technology and Innovation and the Ministry of Health, the Secretariat in charge of training professionals and the workforce in health, also counting on the support of the Ministry of Education, resulted in the articulation between RUTE, the Telessaude Brasil Redes Program, and later also the Open University of SUS (UNASUS). These three networks, articulated in a country of continental dimensions, and of a public character, boosted network performance in the health sector, including healthcare, training, research and management.

RUTE, a network of scientific collaboration in health, where every health institution can participate in 3 daily case discussion sessions in 50 health specialties, turns 15 in 2021, and is present in 140 university and teaching hospitals in Brazil . 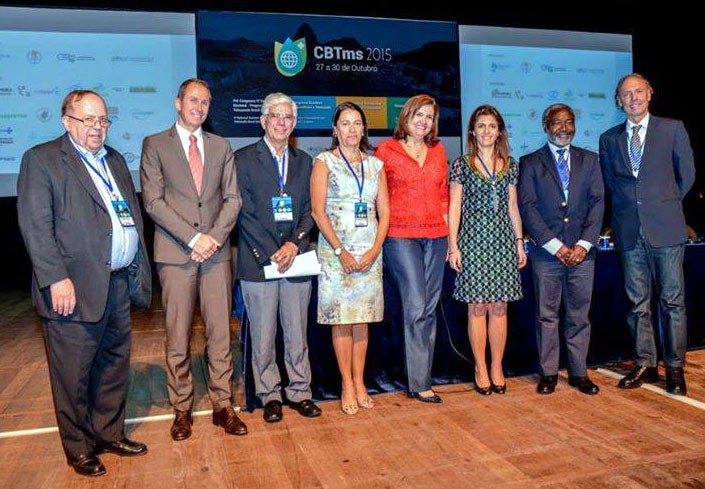 The Telessaude Brasil Program was created with the objective of offering the professionals of the Family Health Strategy Primary Health Care) a second opinion, through teleconsultations / teleinterconsultations, gradually expanded to the whole country. Challenges with connectivity, the development of digital platforms, the establishment of standards, were faced. Published studies and the monitoring of the Program demonstrated that for every two teleconsultations offered, a patient was not referred to other services. On average, 60% of teleconsultations led to a change in the initially planned approach, reducing costs, especially with out-of-home treatment, resulting in greater solvability of cases.

The incorporation of telehealth in telescreening reduced waiting lines for specialties. In addition to qualifying care, telehealth has become a strategy for strengthening network performance – supporting patient referrals and counter-referrals - and expanding access to humanized care.

The approximation of these actions with guidelines from the Pan American Health Organization (PAHO) and the World Health Organization (WHO) was natural and occurred throughout this period. Some examples are: IDB Project Regional Public Goods RG-T1509 Regional Protocols for Public Telehealth Policies in Latin America (2009-2013), eTAG eHealth Technical Advisory Group WHO (2013-2019), Conversaciones en Salud, Telehealth Strategy for CPLP countries, RUTE being quoted in the WHO 2020 Digital Health Platform.

The Telessaude Brasil Program and UNASUS were developed through technical-scientific cooperation with PAHO. In an innovative way, the Program's virtual health library, whose information management design was the responsibility of BIREME/PAHO, resulted in the creation of the Second Formative Opinion, as a new way of managing information and evidence in health – from the clinical doubts of professionals working in primary health care. In 2011, the Program was recognized by PAHO as a model of success.

Two new undersea cables focused on teaching and research, the first between Africa and the Americas (Luanda-Fortaleza SACS), and BELLA Building Europe Link to Latin America, also generating in the regional Géant network and in the European academic networks a greater stimulus to the performance of research institutions in digital health and in collaboration with Latin America.

The expected expansion in health care, the practice of ICTs, and the demand for trained professionals paves the way for integrated academic networks.

Under the coordination of RedClara and guidance from RNP, RUTE Chile, Colombia and Ecuador were launched in the first half of 2021.

In these 15 years of dedication to the area, we have naturally gone through some disconcerting moments as well, such as when we were invited to an important meeting in Brasilia, on a day when the Brazilian national soccer team had a game. We found out that they didn't know us, whoever invited us wasn't there, and whoever represented the agenda didn't even know about the meeting. We went back to watch the game!

Health Informatics was already in wide development in the world. The SBIS Sociedade Brasileira de Informatica em Saúde was created in 1986. In 2002 the ABTms Associação Brasileira de Telemedicina e Telehealth was founded. And the steps today lead to a natural approximation around the expansion of Digital Health. In November we will have the event "Human Development and Digital Health in Focus", promoted by SBIS, ABTms and RNP.

The world has been experiencing an expressive growth of initiatives in the health area using Information and Communication Technologies (ICT).

The initiatives developed so far have laid the foundations for the next steps necessary for the ongoing digital and cognitive disruption. The need for network cooperation, capacity building for health systems and strategic planning based on the realities of each country is projected. The current challenges require global efforts and new forms of national, regional, global governance – networking. Members of a network become entangled in joint efforts, there is nothing more common than a pandemic scenario – organized heterogeneity.

From this perspective, it is proposed that the network action of the various stakeholders that make up the chain of health care services and systems can direct collaborative efforts in the development and strengthening of the digital health ecosystem.